The memory of people who showed courage and heroism in the name of freedom of the Motherland never fades.

Walking along the al-Khwarizmi Avenue, you go to the monument of Jaloliddin Manguberdi in Urgench.

Jaloliddin Manguberdi is Uzbekistan great ancestor, who showed a high example of the greatest courage and bravery in defending the Motherland from foreign yoke, freedom and dignity of Uzbek nation.

For a better understanding of the heroism of this great commander, first of all, it is necessary to imagine the historical period in which he lived.

The hordes of Genghis Khan were approaching the ancient Khorezm. While many of Muhammad Khorezmshah’s close associates were ready to surrender to the enemy, Jaloliddin, who was just twenty-one years old, assumed the glorious and at the same time heavy burden of uniting the nation in the struggle for freedom. Eleven years he was fighting with the Mongolian army and inflicted several devastating defeats. Even the insidious and merciless Chingizkhan was compelled to recognize the strength and talent of Jaloliddin Manguberdi.

Monument of Jaloliddin Manguberdi in Urgench - a reminder of heroism and patriotism. 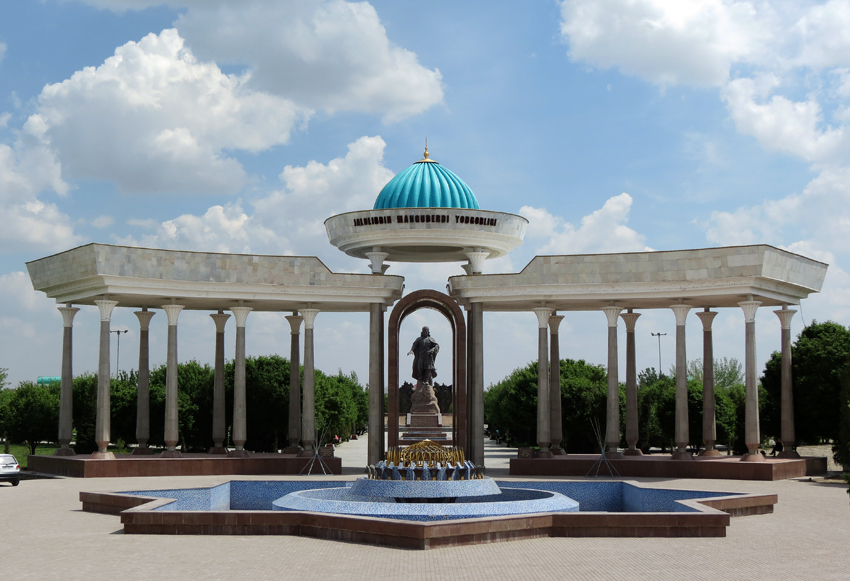 Today, we recognize the heroism of this warrior and winner. A magnificent memorial complex named after Jaloliddin Manguberdi was built in Urgench. The memorial to Jaloliddin Menguberdi in Urgench is impressive, inferior to the scale except for the monuments to Tamerlane.

Book tours to Uzbekistan, come, visit the cities of our country and get acquainted with the sights of Uzbek cities.