On the picturesque bank of Shavat canal (Shah-Abad) in Urgench, in the “Avesta” park complex, there is the Museum of the History of Zoroastrianism and the monument of Avesta of Urgench.

This Urgench monument is made in the form of Avesta book. White and red elements of Avesta monument give a hidden meaning and grand scale.

The monument to Avesta in Urgench is of 18 meters high, and symbolizes the fire. It was built on the project of the Khorezmian architect Polvonnazir Salayev to the 2700th anniversary of "Avesta".

In the “Avesta” park complex of Urgench there is an amphitheater for 2,500 spectators, where festive events, celebrations and performances are held. 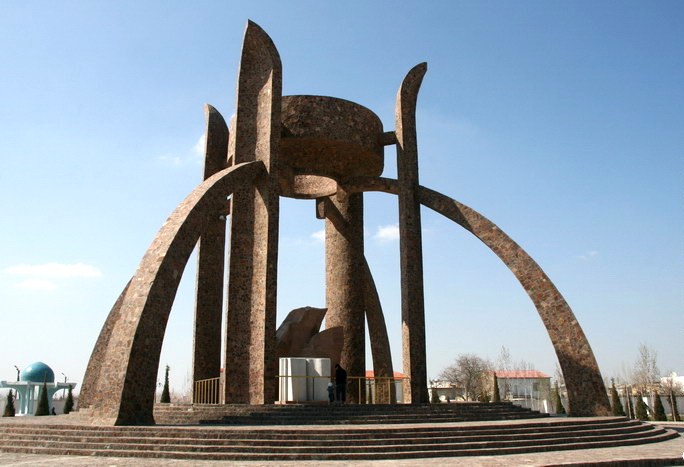 The Museum of the History of Zoroastrianism, founded in 2001, is in the premises under the amphitheater and has in its collection more than 2 thousand exhibits collected by museum enthusiasts and the public.

The majority of the exhibits belongs to the time of Zoroastrianism and testifies that this ancient religion was spread in Uzbekistan.

Today, about 1 million people profess Zoroastrianism. They live mainly in the state of Gujarat and Bombay in India, and in the Shiraz region of Iran.

Among the exhibits of the Urgench museum "Avesta" there are many unique ones. These are a fossilized tree, the age of which is about 85-90 million years, ceramic and wooden articles of household utensils of the 1st-2nd centuries BC, a majolica plate of the 9th-10th centuries, a manuscript of Alisher Navoi's book "Khamsa". 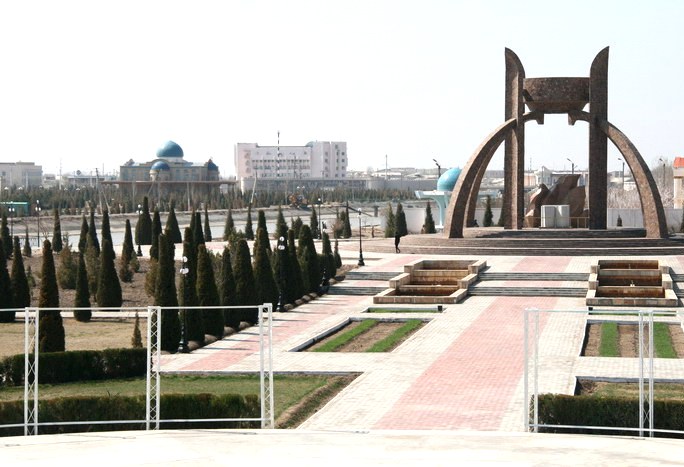 Every day the Urgench Museum of the History of Zoroastrianism is attended by pupils of schools and lyceums, students, tourists, many officials: diplomats of foreign embassies and missions, journalists of international publications. Ambassadors of the United States of America, India, Iran, China, Korea, Poland, Hungary, Armenia, the Russian Federation and many other countries gave good responses of the complex.

If you are interested in Urgench sights, we recommend you to use the tours in Uzbekistan and visit Urgench.