Aside from the well-trodden routes of Uzbekistan’s central regions, between the two great deserts - the Karakum and the Kyzylkum, in the lower reaches of the Amudarya, the fertile lands of the Khorezm oasis lie.

People liked and mastered the local places in the III- II centuries BC., using artificial irrigation of the Amudarya. Khorezm became the center of an ancient agricultural civilization, a famous oasis-state, which borders sometimes went far beyond the borders of Central Asia.

History of Urgench in figures

In 53 BC. the famous Khorezm cavalry, chained in the war, being a part of the Parthian troops, in the famous battle of Carrah, dealt a terrible defeat to the Roman legions of the triumvir Mark Licinius Crassus. Roman banners and the head of the winner of Spartacus as a trophy remained in the East as the only trace of the "Roman presence". After several centuries, Khorezm repeled the onslaught of another conqueror - the Arabs of Qutiba ibn-Muslim, raising one revolt after another. It was in Urgench history (medieval Gurganj) when it became the capital of independent Khorezm.

In the heyday of Khorezm, irrigation and agriculture were developing, crafts, science and art were flourishing. In Gurganj in the IX - XI centuries such great scientists of the East as mathematician al-Khorezmi, scientist encyclopedist Ibn-Sina (Avicenna) and others, lived. In the XII century the boundaries of Khorezm stretched from the Caspian to Iran, from the Aral to the Hindu Kush.

Then, for Khorezm, a time of hard trials came. The combined Chingizid armies-Jagatai, Ugedei and Juchi- destroyed the dams, and the Amudarya flooded Gurganj. 100 thousand of its inhabitants were killed. Only two centuries later Gurganj was rebuilt and became populous. 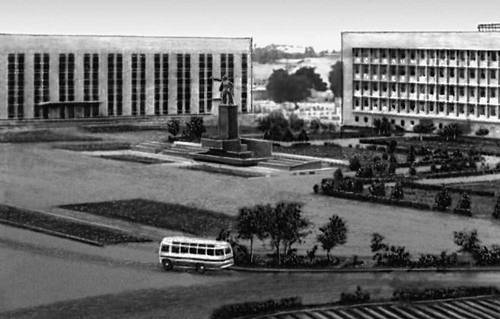 The influence of nature on the history of Urgench

Then there was a new trouble - the river left the city, laying a new channel. The history of the foundation of the city Urgench begins in the 17th century. In those days, the townspeople of Kunya-Urgench had to leave their houses and move to a new place of residence. The reason for the resettlement was the change in the riverbed of the Amudarya River and, as a consequence, the shortage of drinking water. The new place of settlement was named Urgench. In the middle and at the end of the XVII century the remnants of its former population were withdrawn to the lower reaches of the Amu Darya River, for 140 km, where a fortress was named New Urgench. After the accession of Central Asia to Russia, there were trade enterprises and transport offices that carried out commercial operations of the Khiva Khanate with Russia.