The memorial complex of Sultan Saodat

The memorial complex of Sultan Saodat

The rich history and an amazing variety of architectural styles make Termez attractive to a large number of tourists. Only here you can admire not only the monuments created by Central Asian artists, but also visit the monuments reflecting the Buddhist religion.

The complex of Sultan Saodat includes more than 140 small architectural buildings, those age dates back to the XI century. The total construction area reaches 4 hectares, which is much more than main structures of antiquity. 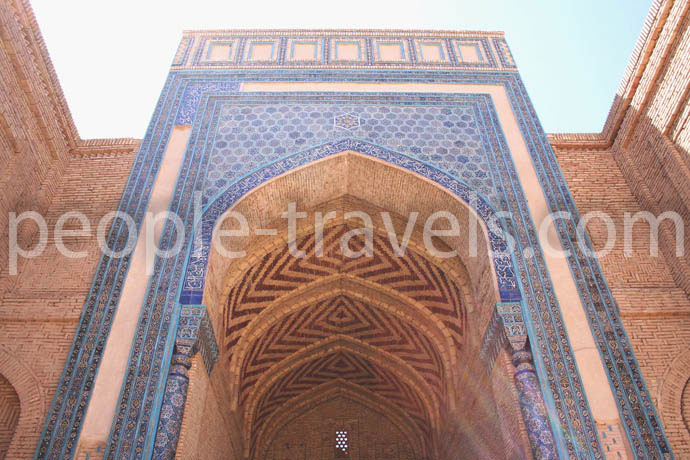 This complex is situated near Termez city and tends to become one of the most popular places for tourists in the western part of Uzbekistan.

Unfortunately a lot of archaeological structures do not have identification markings that would identify a specific purpose of the building. But according to legend, in one of the many tombs was buried ally of the great commander Amir Temur - Emir Hussein.

In spite of the variety of architectural monuments preserved to the present day, the main sacred place in Termez is considered to be the mausoleums. These mausoleums were erected in honor of the well-known in those days, religious leader Bashir, where in the latter he was also buried. A little later, on his grave established luxury headstone carved from a piece of white marble.

Today, these mausoleums became a place of pilgrimage for all believers, the real shrine and a major religious center.

This complex also includes the minaret was erected in 1109 by the architect Muhammad Sarahs. The structure is different from the architectural structures of the time; it can be traced traditions that have become part Hurosan architecture. The brickwork perfectly preserved, carved at the base of the minaret attracting the attention of many visitors.

In addition in Termez survived many other ancient settlements, among which Khalchayan, Airtam and Zartepa. By visiting these places, you will be surprised by interesting buildings and places found in sculptures and national heritage.