The magnificent sights of Medieval

Jarkurgan minaret is located 60 km from Termez in Dzharkurgan area village. It was constructed in 1110 and has a deep foundation, laid of brick and mortar, mixing the ash with a reed and its height currently reaches 21.6 m with diameter at this height of 4.1 m.

Usually minarets are located near mosques or at the entrance gates of the city. Their main function is Islamic call to prayers and at the city gates, they functioned as watchtowers in the past. Now the minarets are one of the main attractions of the ancient cities. They demonstrate the power and architectural skills of ancient craftsmen of Uzbekistan. The average height of the minarets is about 30-40 meters. 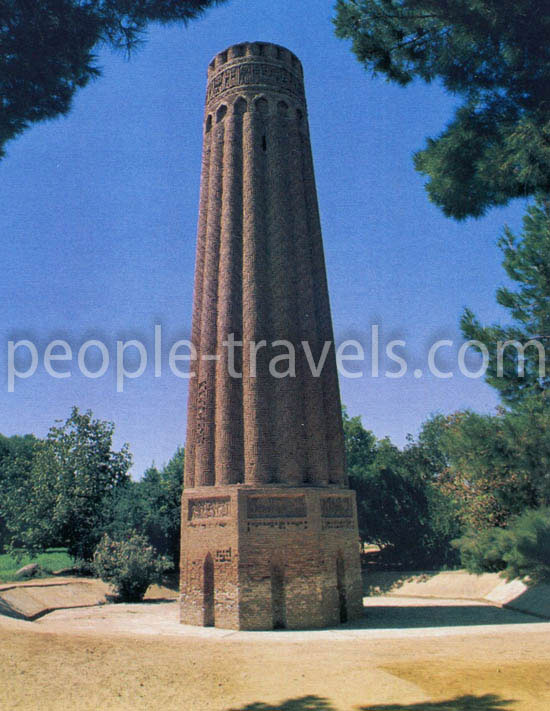 Each traveler must climb to the top and enjoy the view of this monument. Minaret Djarkurgan owned a large mosque, laid of brick. First monument measurements and examined only in 1927.

Inscription of a rectangle that is located on one of the edges of the barrel provides the name of the builder "son of Muhammad Ali of Serakhs." In 1938, as part of research expedition scientists investigated this minaret (especially the inscriptions identifying the basement part of the foundation and structures).

They approved that construction refers to the time of Emir Sultan Sandzhar which were set in the fourth of the preserved inscriptions. Minaret, despite of the loss of the original height, the vertical axis deviation of 1, 5 - 2, 5 now creates an image of a perfect architectural structure. Its different corrugated shape of the body is based on a high octagonal plinth and tied at the top of the preserved part of the horizontal belt with epigraphic ornament. 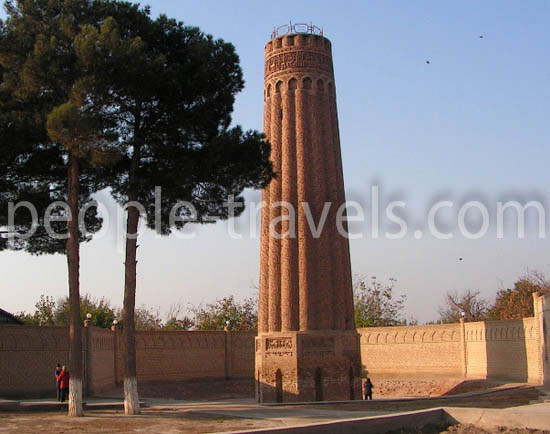 Remains of the mosque, as well as the upper part of the minaret were later dismantled by locals on the bricks. Judging by the picture, and by the absence of traces of contiguity, the minaret and the mosque stood in isolation from other buildings. The height was much more, but it kept by the history of this place.