This architectural ensemble was erected near the grave of Abu Abdallah Hakim al-Termezi in 869. It is located 7 km north- west of Termez city, on the right bank of the Amu Darya River between Uzbekistan and Afghanistan border. The complex structure of the main mausoleum includes several monuments erected at different times.

This cult complex formed over several centuries. Group of monuments formed an elongated courtyard. Then memorial mosque was added to the mausoleum, the decor is dated to the 12th century mosque. 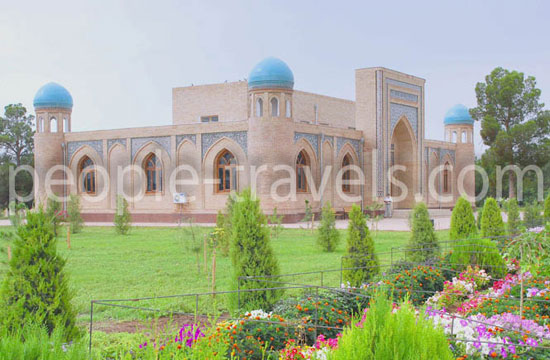 Now inside the mausoleum is a small archaeological museum, with very interesting and rare artifacts that reveal the life. Lower level is a memorial room, with carved marble tombstone - Sagana , magnificent work . Tombstone covered with highly artistic thread, with exquisite calligraphy. This tombstone is one of the masterpieces of stone carving and ornamental art Temurid era.

The complex includes a mosque quince type that has a portal structure with arched walkway gate facilities. Mausoleum consisted of one room, the portal and the dome, lying on four strong arches. Entrance to the mausoleum was on the south side. At the end of the XI century inner part of the mausoleum was richly decorated with carved alabaster. 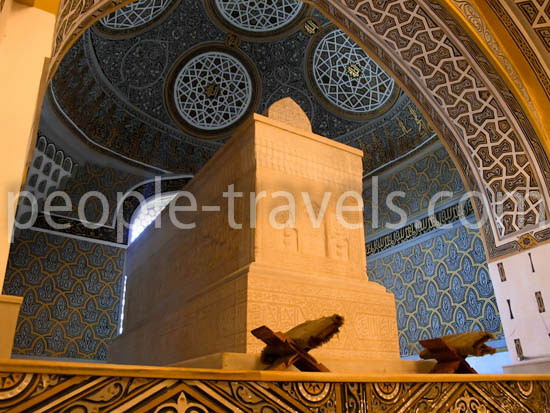 From antiquity to attract the attention of the Muslim world, the Hakim al - Termezi Mausoleum appears to visitors in an updated form. Its restoration symbolizes the rebirth of Islamic values.

In 2001, during the celebration of the 2500th anniversary of Termez, was undergoing major restoration work. Due to this, the tomb appeared almost in original form. In addition, to the north of the mausoleum was erected museum and a large garden complex.

The mausoleum impresses with its unusual shapes and decor - black, gold, white - full of secret signs and symbols. Within it could not be more urgent to understand the truth of the great Sufi - transient material.