Djarkutan. The most ancient settlement of uzbekistan

The most ancient settlement of Uzbekistan

The unique place of remote ages

This bewitching town fascinates people with the peculiar atmosphere that gets inside, takes up residence in the soul and emerges with warm memories. It is a special, amazing town with own character.

East is a philosophy, a way of thinking and way of life. And in these oriental towns such as Djarkutan you can forget about the time and immerse into one of the legends of Scheherazade’s tale.

Only travel to Djarkutan can present extraordinary emotions of being in a small oasis of the Fergana Valley.

Today it is enough written and archaeological sources to substantiate the historical past of our country since ancient times. 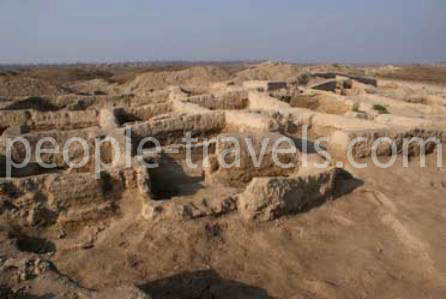 The dust of remote ages

After years of excavation was the richest archaeological material, proving that Djarkutan - the oldest city in Uzbekistan.

More than two years have lived in Sappalitepa farmers. Over time, its population has increased, and some of local people began to explore new lands. So near the modern Sherabad, there is a new settlement. The ruins of this ancient settlement called Djarkutan. As shown by archaeological research, it emerged three and a half thousand years ago.

The floor plan of the settlement already traced the first signs of the city. Djarkutan was divided into two parts - the Ark (citadel - the administrative part - the seat of the ruler) and shahristan (residential areas, part of the craft, the temple). Inside the citadel there was a sanctuary (the early church). 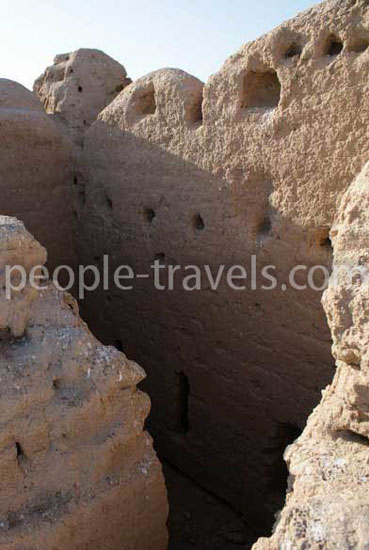 Historical observations of the ancient town

According to historians, in the middle of the 2nd millennium BC on the basis of ancient agriculture began the process of transition to early statehood.

In the world of science, there are parameters that determine the status of city-states. This is the density of the population in a certain area, strengthening the area of ??defensive wall, construction of buildings for the wealthy part of the population, the ruler of the palace building in the city center, the presence of the temple complex, the center of religious life, the presence of the symbol and the sign - the emblem of the city and the press. All these parameters corresponded to Djarkutan.

During the excavation of one of the buildings in the citadel was discovered the structure associated with the processing of the metal. This is a rare special case in archaeological practice, when revealed a range of bronze casting. These furnaces, unlike other common metallurgical foci appeared more complex structure.

Such production for smelting metal was a great achievement for the primitive system, it could be called a metallurgical plant of Bronze Age, because it was possible to melt around 25-30 kg of pure bronze in these two furnaces at the same time.