History of Tashkent: Stone city retaining through the centuries.

From the ancient times, this city has been playing the most significant role not only in Uzbekistan, but also in Central Asian region. It was the leading center of main trade ways of ancient world linking east to west. And it used to be famous for its great scientists, architects and poets. 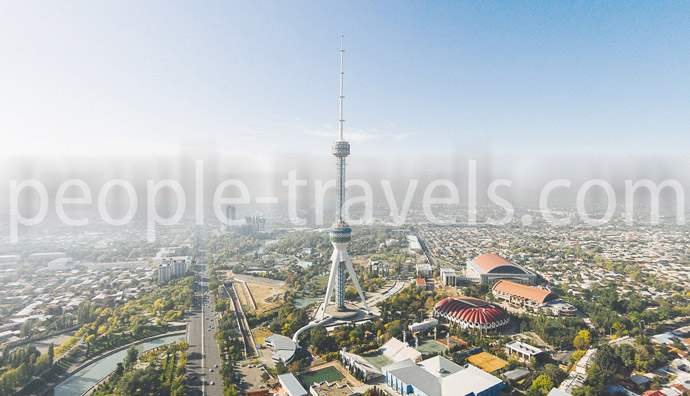 This city is also mentioned in Avesta, the ancient book of Zoroastriyans as well as in sources of scientists from ancient China in which Tashkent described as magnificent oasis.

Historical facts are pointing out to the foundation date of Tashkent which refers to the 2nd century AD and included to Kangju state. The history of Tashkent was also comprised to Great Turk Empire, Arabian Caliphate and Mongolian state.

All these invasion and vanquishers brought their language, culture and traditions to Uzbekistan. And Tashkent, being one of the largest Asian cities, emited all the best and so far the city has the title as center of culture and art, showing their historical unrivaled. It turned to the big and crowded city with the great number of shops, bazaars, exhibitions, traveling actors and musicians’ performances.

In the ancient time due to the favorable geo-location and climate Tashkent became part of the main pathway of Great Silk Road which was a unique phenomenon of historical development of humanity, its aspiration towards unity and exchange of cultural values, conquest of living space and trade markets. The big transcontinental trade way used to connect Europe and Asia and stretched from ancient Rome up to the ancient capital of Japan Nara.

Golden age of the splendor in the history of Tashkent

Middle ages were memorized by unprecedented development of the city history that became one of center of the Timurid’s Dynasty. Tashkent inherited its strategic position by means of strong fortress and the territory was expanding.

The city hit the highlight of that epoch, where various types of manufacture, trade and culture was being developed. 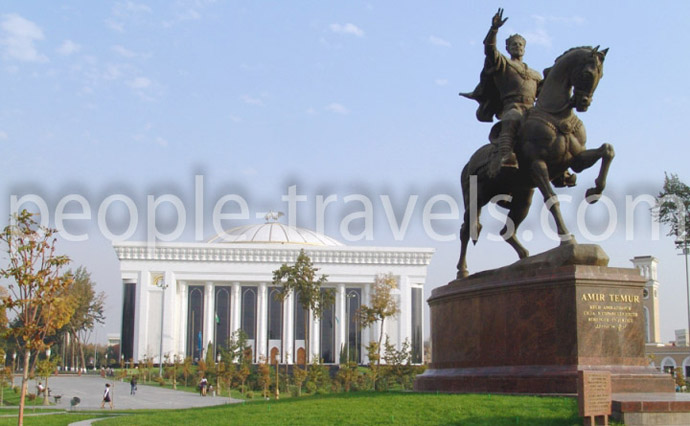 In the history of Tashkent Amir Timur epoch was marked as the brightest period in the history of the city when Tashkent was one of the centers of enormous empire that exceeded the territory of modern Uzbekistan in 7 times.

The immense fortune of the Timurid’s state enabled to make an enormous contribution to the development of this city.

It is also important to mention that the Great Silk Road and its establishments is largely attributed to semi-precious stones, that is why Chach city (old name of Tash Kent) receive its name from the world Stone or Turquoise city.

The Great Silk Road was not only trade caravan path but was also a platform for many countries to for spreading the cultural and scientific knowledge, values, ideas and religion.

Finally throughout many centuries hundreds of world famous scientists, researches and warriors had traveled on these caravan roads.

That is why you can find numerous monuments, places saturated with medieval atmosphere that embalms in their memory ancient events and missing items of Tashkent history.

Overthrow of Medieval and New epoch in Tashkent history.

The second half of the 16th century was marked as annexation to Bukhara khanate. In the Tashkent history we also can emphasize the fact that since 1873 year Tashkent was taken over by Khan of Kokand. After Tsar Russia’s encroachment into countries that are situated in Central Asia, this city became the main center of the Turkistan general-governance. And from the 1st of September, 1991 Tashkent acquired the status of capital of the Republic of Uzbekistan and became the center of Tashkent region.

Indeed, this city had gone through many triumphs and tragedies. Despite all our contemporary world which includes past and present, numerous constructions, rearrangements, and varying architectural approaches has turned Tashkent into a unique example of a Central Asian cosmopolitan city.

Symbol of peace and friendship. Modern history of Tashkent city

At present, Tashkent is the most populated city in region of Central Asia, as well as a center of an important railroad and aviation system. It is a cultural, scientific and political ground of modern Republic of Uzbekistan. Besides this, in 2009 UNESCO decided to make a wide celebration of the 2200th anniversary of Tashkent, as a huge cultural and historical center creating a modern symbol of friendship and peace. And in 2007 Tashkent was proclaimed as the capital of Islamic world community of culture by ISESCO (International Educational, Scientific and Cultural organization). This city on the border of agricultural oasis of Central Asia existed for over twenty ages. Capital of Uzbekistan is a modern city of the heart of Asia, which in one song named aptly as Eastern Star and the capital of friendship and cordiality. 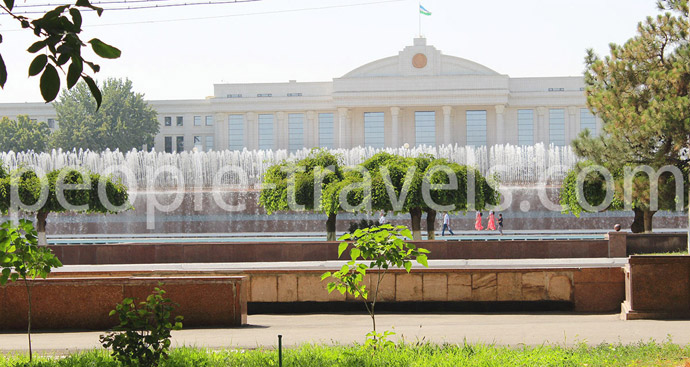 Tashkent history leaves an incredible impression upon travelers bewitching them by its green orchards, vineyards and incredible light breeze. This hospitable city generously welcomes everyone who wants to feel the bewitching atmosphere of his history and to know breathtaking legends of the Tashkent Discover the immemorial history and magnificence of Tashkent with our company Peopletravel and order one of the Impressive Tashkent Tours to the heart of Asia. All ancient riddles and mysteries of Tashkent will not leave you indifferent. Come to Uzbekistan and enjoy the beauty of its cities!