The oldest cave paintings in Uzbekistan

Zaraut-Say is a settlement near the gorge in the south-western spurs of the Hissar range in Sherabad district in the west of Surkhandarya region, where were found the cave paintings of Mesolithic and Neolithic eras as well as the more recent images.

Today, in these places were found more than 150 objects from the cave paintings. Rock paintings Zarautsay are the most ancient rock paintings on the territory of Uzbekistan.

Here, in 1912, were discovered caves with rock art related to the XII-VIII millennium BC. Over time they have become famous around the world.

The first detailed studies of the drawings were made in 1940-45 Parfenov years. The illustrations are people preying on the bull and other animals, ritual ceremonies in honor of hunting and much more. 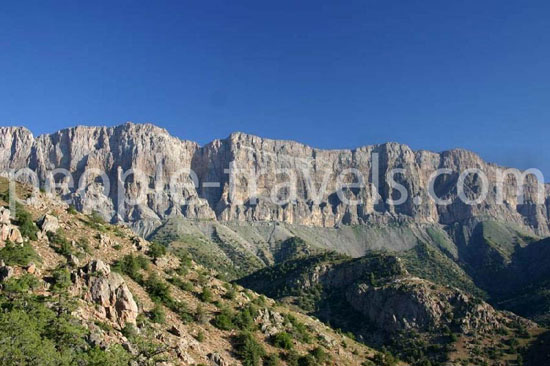 The echo of Stone Age

Until now, in the caves gorge Zarautsay survived more than 40 drawings. Their uniqueness lies in the fact that Stone Age man first captured what he cares about, what he lives. With the help of ocher paint he painted on the stone themselves and their kind, trying to convey their feelings and experiences about the upcoming event - the hunt. It was one of the first attempts of the ancient people to keep and pass the important information to others. It is no exaggeration to say that zarautsayskie hunters were original chroniclers of the Stone Age.

The drawings in the cave Zarautsay differentiate human figures with hoods. According to experts, the image is put on the rocks covered with so-called "desert tan" - yellowed with lime mortar. They are located at head height on a bend of the walls to the ceiling sizes from 5 to 15 centimeters. Paint served as a comminuted in animal fat ocher, which is rich in Zarautsay, palette - from red-brown to purplish tinged with yellow-beige background. The earliest drawings experts attribute to the third millennium BC. 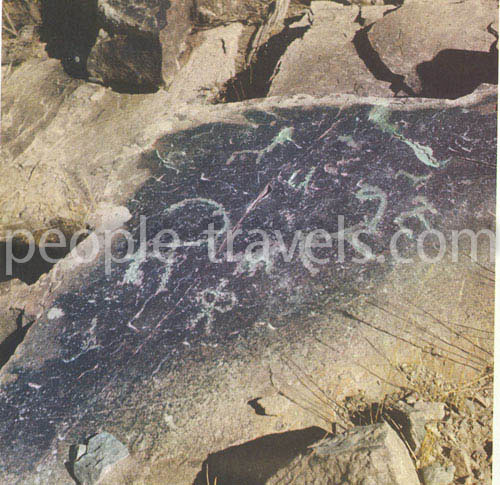 Cave paintings in the cave Zarautsay are on a par with great expressive examples of prehistoric art found in caves Castillo, Altamira, Lascaux, Font-de-Gaume (France, Spain), Kapovoj cave on the banks of the Lena River (Russia) found at the end of XIX-XX centuries. These famous ancient monuments of art represent not only the realism of amazing works, which were the main objects of hunting and subsistence of prehistoric man, but also allow for the first time to look into the spiritual world of our ancestors.

The true meaning and value of these monuments of antiquity is immeasurably high, because it clearly shows that the territory of Uzbekistan is one of the centers of civilization of mankind.

Currently, work is underway to preserve the rock paintings Zarautsay and preserve them as national cultural values. It is nominated to the World Heritage List of UNESCO.