Yunus Rajabi house-museum lies in the place where this wonderful musician lived his last twenty years - from 1956 to 1976.

This house-museum of Yunus Rajabi is the youngest commemorative museum in Tashkent. It was established in 1997 - the 100th anniversary of Rajabi. The museum includes a memorial room in which the musician mostly spent his time in the last years of his life. Four halls of the exposition tell about life and creative accomplishments of the music player.

Yunus Rajabi, who was born in Tashkent dedicated all his life to Uzbek folk music - its performance, collection and study. The first room tells about children's and youth's years, studies at the People's Conservatory.

In the beginning of the 1930s, Yunus Rajabi began to compile and record Uzbek musical folklore. And the second parlou of the museum "Shashmakom" is fully dedicated to this work.

In a nearby hall of Yunus Rajabi museum there are collected materials telling about the performing creativity of the musician. In the late 1920s he created a vocational ensemble of makomists and until the end of his days he directed it. Here are memories of companions and students, who carefully store the memory of the great artist and the awards that he was confered. 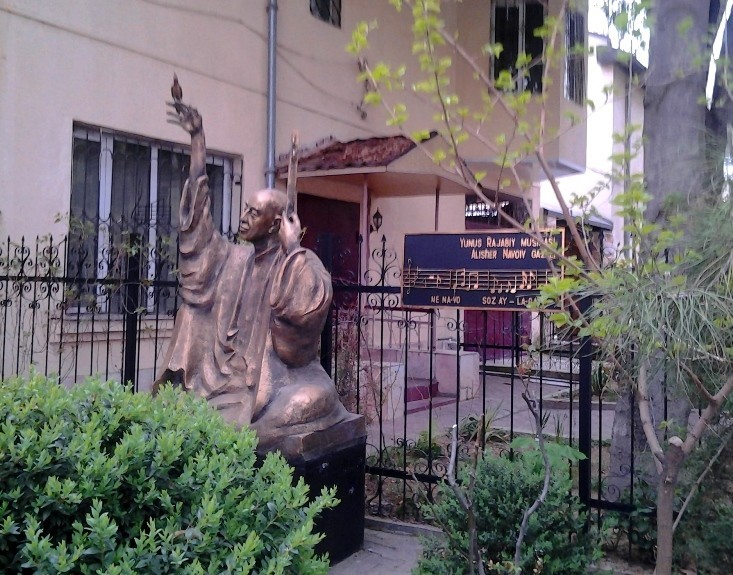 The collection of folksy musical instruments is of particular interest too. Next to such instruments as nay, rubab, tanbur, here you can see an instrument recreated from ancient images in oriental manuscript books and distinctly reminiscent the European violin, as well as the impressive multi-string instrument from India. Unforgettable color is attached to Yunus Rajabi house-museum by music, quietly sounding and accompanying visitors throughout the stay in it - like the spirit of Yunus Rajabi invisibly hovers here.

A huge merit in the creation of Tashkent house-museum of  Yunus Rajabi belongs to Yunus’s son, Khasan Rajabi. Being himself a wonderful musician, he carefully keeps the memory of his father. He works as the main curator - the director of the museum.

While in Tashkent, be sure to visit this museum within Peopletravel Uzbek tours.