Hail to world peace throughout the world

Park Bobur is one of the oldest parks in Tashkent city. It was built in first half of the XX century. Located in the most populated part of Tashkent, it is full of visitors in any time of the day.

Here in 2003 appeared an attraction that placed under domed arch. It has been dubbed the Peace Bell. It was built on the initiative of the Republic of Uzbekistan and the Japanese society as a symbol of international peace and cross cultural dialogue. 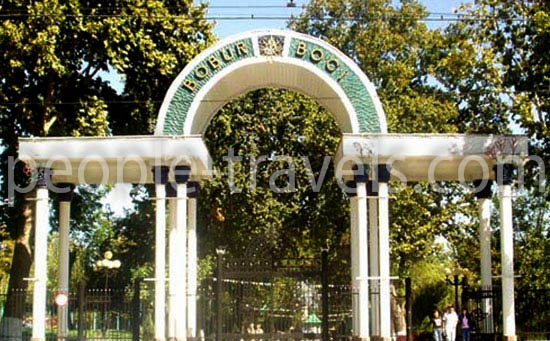 It was made out of coins donated by kids from all continents. Besides coins in it were also fused medals and other badges of honor people from different corners of the world. The inscription of the bell is: “Hail to world peace throughout the world”. 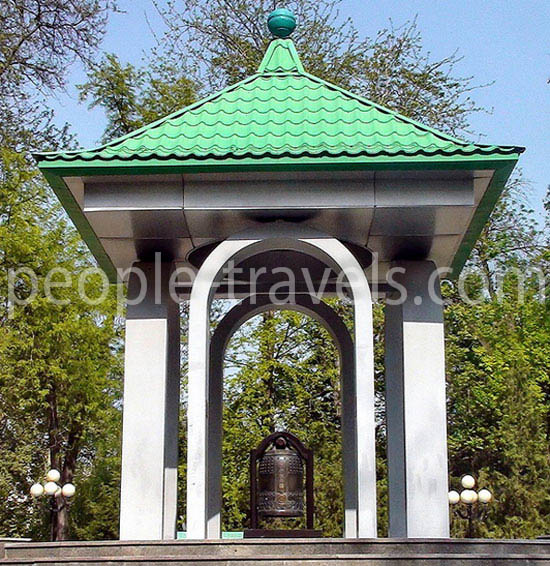 World Peace Bell is a symbol of multicultural cooperation. People say that if you oppress the bad thoughts or bad mood, then touching the bell that can get rid of them. Peace Bell sounds throughout the earth on April 22 Earth Day, urging people to make every effort to keep the peace on earth and to save our common home.