If you look to the map of Tashkent region, there is a beautiful oasis that occupies a special position. According to scientists, these places, covered by ancient legends, are most captivated among other regions of Uzbekistan, the study of which is of great importance for the history and archeology, science and culture of the peoples of Central Asia and the rest parts of the world.

On the territory of the district Bostanlyk concentrated a large number of ancient monuments. Especially a lot of historical and archaeological mysteries keep Gazalkent district center and its surroundings.

Along the river Chirchik for 45 kilometers between Tashkent and Gazalkent in ancient times were located more than 17 villages and settlements, where now found many burial mounds, ancient sites and shrines. 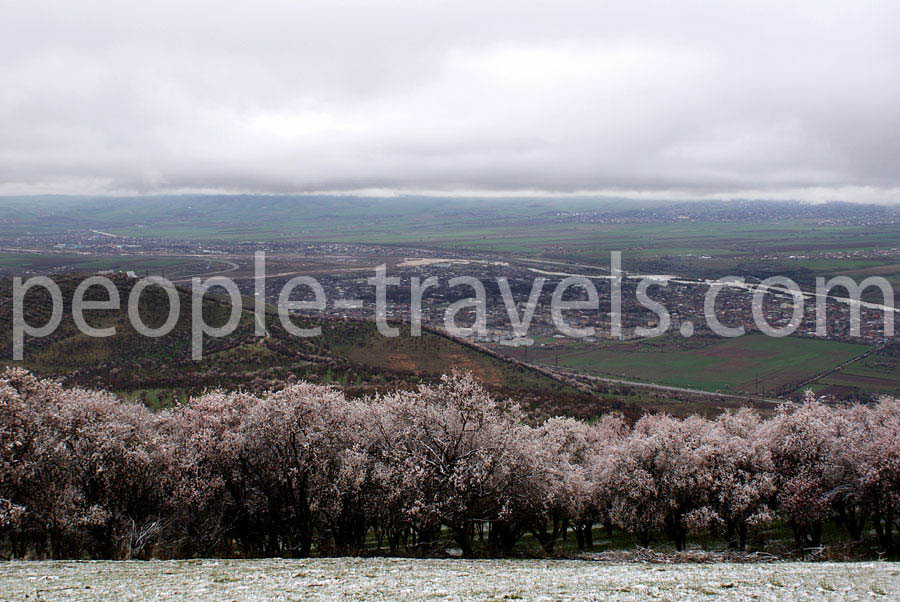 Numerous sights of the Tashkent oasis

On-site at the mouth of the Gazalkent firstly there was a large city with a well-selected citadel Shahristan and Rabadi (suburb). In the history of the tenth century, this place referred to Gaza City or Gazaka.

In the vicinity of modern Gazalkent scientists found dozens of ancient burial mounds. It were the ruins of the former city and the burial mounds, many of whom allegedly archaeologists date back to Zoroastrianism.

The emergence of individual mounds scholars dated the V-VIII centuries AD. All of them were taken under the protection of the state and are included in the "Code of monuments" of Uzbekistan.

During the preliminary papers here were found the remains of ancient smelting furnaces, which indicated the high culture of the ancestors.

Historical dust that keep the ancient spirit of the East

Slightly away from the Gazalkent there are historical monuments. You can visit here unique prehistoric cave, located in the upper reaches of the Ugam (dated 40-25 thousand years BC). In Devonsae you also can watch the original geological phenomena. On the left bank of the Devons are exposed rarely found in nature ancient Cenozoic red-colored sand and clay rocks. Time itself is formed in them the amazing natural sites. As a result of weathering in their original forms were created in the form of the town of curly towers taller than 10 meters. Red tower-like formation stand out against the backdrop of emerald-green slopes.

One of the many ancient sites is the city Aksakata, located in the valley of the river Chirchik. People drive past these places, do the prayers in memory of the founder of this place.

Just above Gazalkent in Hodzhikent Mountains of Stone Age cave site there is the tomb of "Kuktunli-Avliyo" - "in a green robe of the Holy." According to legend, with the advent of the holy is unexpectedly scored a source of healthy water.

Obviously, it is worth listen to the stories of people from these places. For the ancient legends - it's not just the epic times, but, rather, a kind of conglomerate pressed over centuries of living energies.