Tillya Sheikh Mosque in Tashkent is a part of famous historical and religious complex Hast Imam, which is situated in front of Barak khan madrasah. It is possible to visit Tillya Sheikh Mosque as it function up till now. Peopletravel Company is pleased to offer a suitable tour around Uzbekistan, including Tashkent.

The operating mosque, the name of which is translated as “golden sheikh”, appeared thanks to the Kokand khan Mirza Akhmed Kushbegi.

Tillya Sheikh Mosque in Uzbekistan was constructed in 1903 by the means of one Tashkent traders Tillya Sheikh. Being one of the richest men, he was fair and generous. This man was educated enough, knew the Koran well and was the faithful Muslim. Tillya Sheikh had big flocks of sheep. Once a week he made free charitable dinners for poor people of his makhallya (districk).

The building of Tillya Sheikh Mosque has the right-angled form with rising twelve cupolas. Inside there are prayerful rooms. 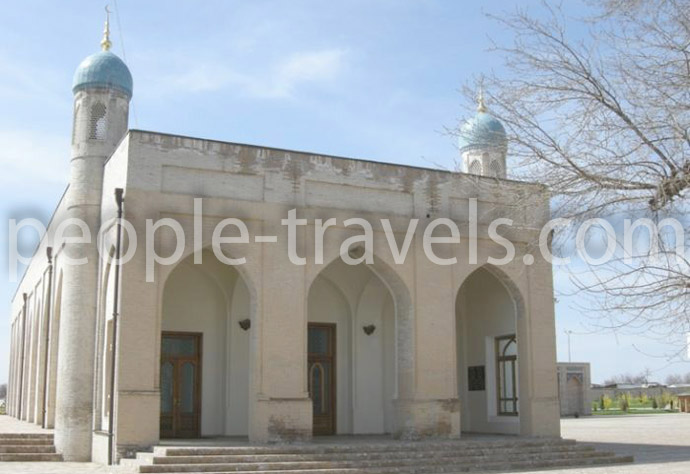 The prayerful hall of Tillya Sheikh Mosque is partitioned off and has a winter room for prayer. In front of the mosque out-of-doors there is the iwan (gallery) for prayers. There are two minarets on each side, library and utility room. Inside the minarets there is a spiral staircase, on which ecclesiastics go upstairs and call all the faithful for the prayer. Window openings of Tillya Sheikh Mosque are decorated with the traditional panjara (patterned grids from ganch).

Friday mosque of the XIX century - Tillya Sheikh Mosque in Tashkent is one of the largest mosques of the city.