The charm of Sheikhantaur ensemble

The complex of monuments Sheikhantaur occupied the territory between the modern streets Abaya Navoi Sheikhantaur and A. Kadyrov. Here there was a picturesque ensemble of sixteen buildings and two ancient House. The main core of the ensemble the mausoleum of Sheikh al-Hovendi Takhur built in the late XIV century. 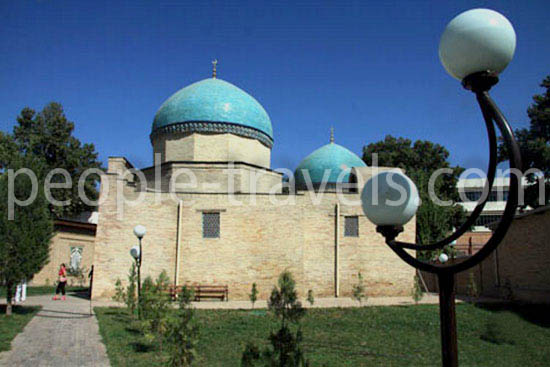 Inside the mausoleum remained dry tree trunk old Saura the only remaining of the grove, which Tashkent folk traditions associated with a visit to the place of Alexander the Great (Iskander antlered) in 329 BC Sufi sheikh al-Hovendi Tahur popular in the medieval ascetic Tashkent Islam was born in the end of the XIII century, the family Khoja descendants of the Prophet Muhammad in the mountain village Bogustan.