The Republican Puppet Theater was founded in late 1939 and was located in an Orthodox church of Tashkent. "Big Ivan" was the first performance of the theater.

In 1928 the puppet studio "Petrushka" was opened under the first theater of the Young Spectator in Central Asia. After 10 years of successful work with the Russian puppet theater the studio became the foundation of the first troupe of the Republican Puppet Theater. 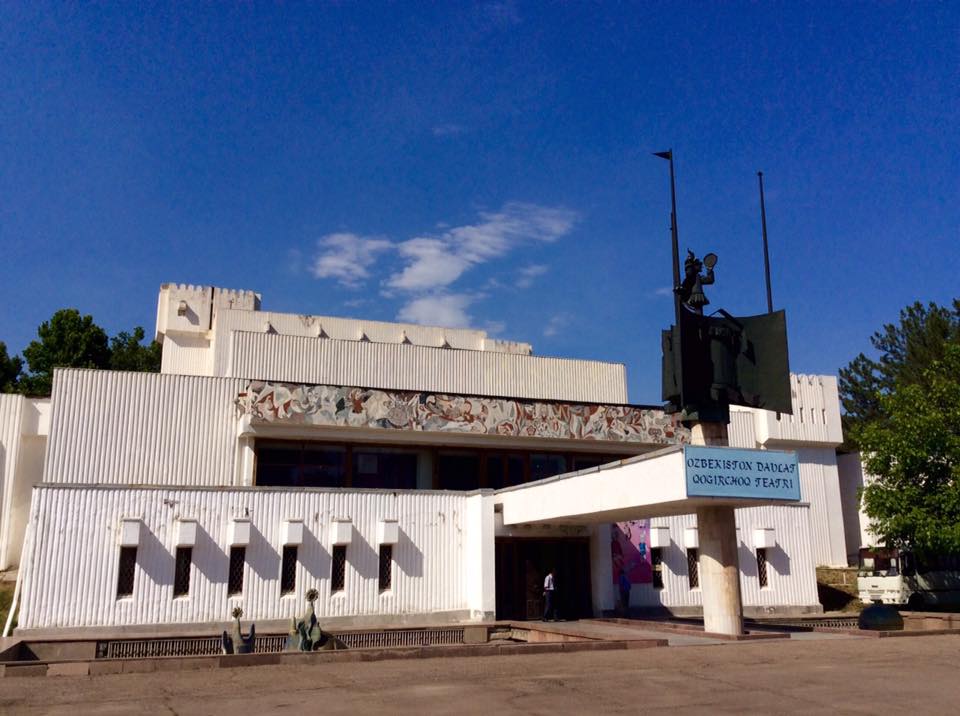 In 1979, in honor of the 40th anniversary, the collective of the Uzbek Republican Puppet Theater celebrated its housewarming party in the new remarkable building, which was dreamed of by more than one generation of Tashkent puppeteers. This significant event was timed to the inauguration of the International Festival of Puppet Theaters of Asian Countries, in which the great puppeteer of the world, S. V. Obraztsov, took an active part.

The building and interior of the Tashkent Puppet Theater were designed by the most talented and famous artists, sculptors, ceramists, masters of art metal, puppet makers, painters

The theater has a museum of dolls; the exhibits from many countries are collected there. The museum features dolls made of wood, leather, cane, glass, clay, Javanese dolls, marionettes from Burma. One of the values of the museum is "Palvan" - the Uzbek national hero of the early XX century. A special show, featuring various souvenirs, tells about the history of the Republican Puppet -show Theatre of Uzbekistan.

Uzbekistan Republican Puppet Theatre is divided into two halls, in which two troupes work: Uzbek and Russian. Here the most beloved fairy-tale characters come to life.

In the repertoire of the theater there are more than 20 plays based on the famous classical fairy tales: Cinderella, Golden Key, Buratino, Fire Blade, Aladdin's Magic Lamp, Girl with Matches, And Again Andersen and others. 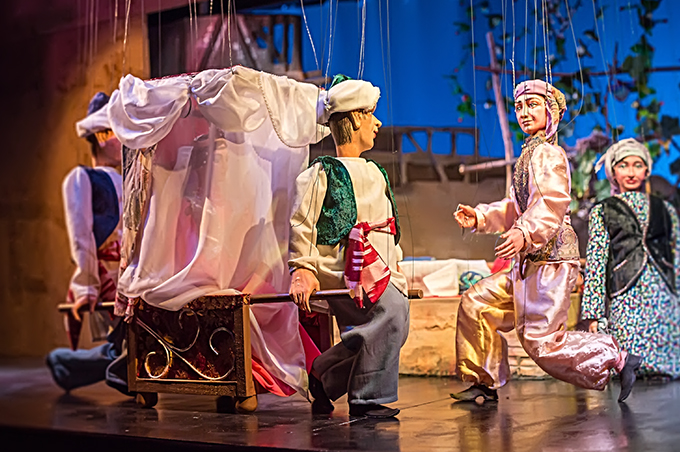 The desire to expand creative contacts, to acquaint viewers of other neighboring republics with Uzbek art, has led Uzbek puppet theatre in Tashkent to carry out exchange tours with other puppet theaters of the CIS countries.

If you are interested in this theater and you and your children want to spend your leisure time with interest, you can visit this cultural institution within the Uzbek tours of Peopletravel.