Tashkent by right can be called the theater capital of the Central Asia. And everyone who has a tour through Uzbekistan should at least a little "push back the curtain" and glimpse life of Tashkent theatres.

The origin of theatrical art for the best cultural traditions; returning of ethnography, folklore, national life - one of the tendencies of the contemporary Uzbek theater, which showed up in a list of recent performances.

Theatre life of Tashkent began in December 1868, when a group of fans of dramatic art on an improvised stage did a show by the play "Stay in Your Own Sled" of Alexander Ostrovsky.

For many years, the city was short of theatre halls. Professional touring theatrical enterprises which arose in the late 70-ies of the XIX century in Tashkent worked many seasons in unsuitable rented premises.

The first real stationary theater building in Tashkent was erected only in 1894 for the repertory of N.D.Kruchinin. And it was an ordinary aestival theater in the city garden.

In winter time quite spacious auditoriums of Military Assembly (opened in 1885) were used for performances. Now the State Art Museum of Uzbekistan is located here.

Variety of Tashkent theatres and their repertoire is large.

The State Academic Theatre of Opera and Ballet named after Alisher Navoi is deservedly considered the leading theater of Uzbekistan, its national pride.

It has a glorious history, rich in wonderful traditions. This story is a strong foundation of the high culture and craftsmanship thanks to which the State Academic Theatre of Opera and Ballet has won world fame.

Academic Russian Drama Theatre of Uzbekistan is the direct successor of the best traditions of the Russian stage, established in Turkestan, in its largest city of Tashkent in the beginning of the XX century.

Drama Theatre of Uzbekistan named after Gorky becomes a true hotbed of realistic art in which the pursuit of the truth of life is combined with a bright theatricality.

Youth Theatre of Uzbekistan was founded in April 30, 1928.

Two enthusiasts - a doctor S.Etienne and an artist S. Malt opened a theater with the performance "Uncle Tom's Cabin."

Theatre "Ilkhom" - was the first private professional theater in the Soviet Union founded in 1976 under the aegis of Mark Weil, the director and former students of the Tashkent Theatre and Art Institute. The theater from the very first days of its existence was formed as a jazz organization when the director composed an ensemble of freely improvising actors. 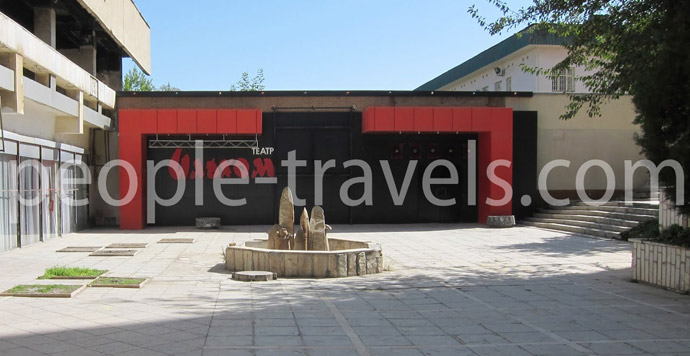 "Ilkhom" is an experimental theater. Its repertoire is made up of plays of national authors, modern foreign playwrights, classics of world literature. However, the interpretation of classical material is so original, that the reaction of the audience is not unique - from a complete shock to the absolute delight.

National Academic Drama Theatre of Uzbekistan began its history in 1914. On the stage of the theatre there are staging of various genres - comedies, drama, tragedies, classical works and pieces of contemporary authors. 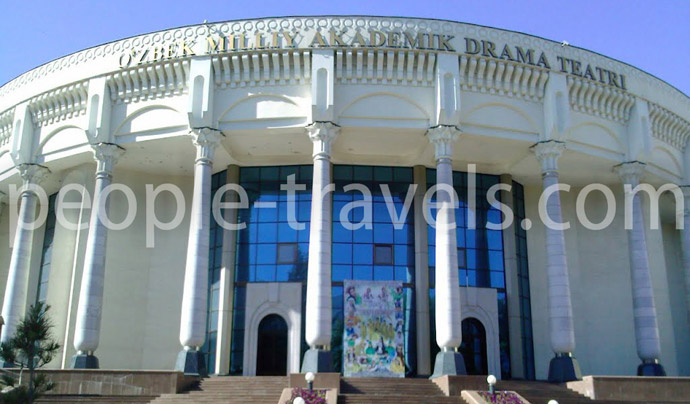 The comedy productions using traditional techniques of street theater show the daily lives of people, their ability to relate to the situation with humor, as well as modern interpretations of ancient customs.

Republican Puppet Theatre was founded in late 1939 and was located in the Orthodox church situated on Karl Marx Street in Tashkent. The first performance was "Big Ivan" of S.Obraztsov and S. Preobrazhensky put by I.Liozin, N. Rakhimov and M. Efimov. In 1979, the theater moved to a new building, which was built on Cosmonauts avenue. By that time the theater was 40 years. 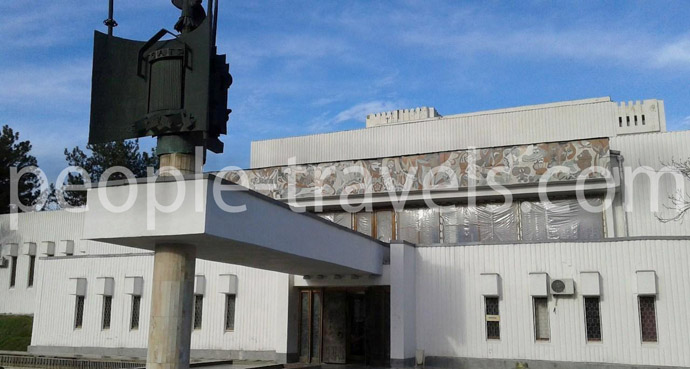 In its performances Puppet Theatre uses a variety of techniques - from dolls-gloves, hanging dolls, wooden dolls, to marionettes and amphitheaters.

Besides the theatres mentioned above there are such Tashkent theaters as Operetta Theatre, Drama Theatre after Abror Khidoyatov, Uzbek Theatre of Musical Drama and Comedy after Mukimi, Dance Theatre “Ofarin” and others.

Peopletravel Company hearty welcomes you to visit Tashkent theatres and with your own eyes watch best spectacles and performances played by famous Uzbek artists.

Modern Tashkent theaters convincingly instantiate the harmonious progress of Uzbek culture - unique, carefully storing their identity, but open in national range, generously giving the world the spiritual values and perception of the best achievements of mankind.