The first Polytechnic Museum devoted to the history of the development of transport, science and technology, inventions of great scientists was opened in November 2015 in Uzbekistan.

The museum is located in the downtown area of Tashkent, not far from Amir Timur Square.

The exposition of Tashkent Polytechnical Museum can be subdivided into two parts or two floors. The first floor acquaint you with the history of the automotive industry as a whole and in Uzbekistan in particular. The "Interactive Workshop" on the second floor allows one to get knowledge about outward things by experience.

History of the car: from retro to modern

The first floor of the Polytechnic museum of Tashkent is nominally divided into two thematic zones - "Retro" and "Modern". In the first zone you will not only get acquainted with the history of transport development, starting with the invention of the wheel, but also will see a number of unique exhibits, among which is the model of the first car. Organizers not only managed to find such rare cars as Volkswagen Beetle, Moskvich 400, Pobeda, Chaika, but also to restore them. In some, you can even see the key in the ignition.

There is also a zone for the progress of agricultural machinery, beginning with the ketmen, ending with modern tractors Claas, which are produced by a joint Uzbek-German enterprise.

In this part of Tashkent Polytechnic Museum visitors will also remember when the first tram, bus, trolleybus appeared in Uzbekistan, and the "Navoi Street" installation will allow you to plunge into the atmosphere of the past and find yourself on the most famous street in Tashkent in the 1950s.

"Modern" sector in detail tells about the automobile industry in Uzbekistan. The products of JSC "Uzavtosanoat" - from Tico to Orlando are widely represented here. Young visitors will be interested in the stand, on which Spark, disassembled in cogs is located.

In Tashkent Polytechnical Museum you can get to know the unique exhibits created by the students of the Turin Polytechnic Institute. This is an installation of "Kinetic balls," which descend from the ceiling and constitute various forms under measured music; 3D Mapping show, a white car turning into a colorful work of art; a hologram demonstrating the history of transport development.

Interactive workshop of the Polytechnic Museum in Tashkent

Here is a delightful room for physics. This is no longer a museum, but a real amusement park, where adults can return to childhood, and children become acquainted with the laws of physics in a playful form. Thanks to Uzbek polytechnical museum you can learn about the action of an electric current, ride a bicycle producing electric energy, and also see the real coil of Tesla. However, perhaps the most interesting part of this workshop is the theme of optical illusions. First you are able to pass a small mirror maze, then entertain with the crooked mirrors, and then go into Ames's room - a room of a special form where for an outside observer you can become a giant or a dwarf.

The smallest visitors of the Uzbek polytechnic museum will be able to frolic on the playground - "swim" in colored balls, ride cars and motorcycles, climb the wall, feel like climbers, crawl, jump or just watch developing cartoons.

Within Uzbek tour packages visiting the Polytechnic Museum in Tashkent is a great occasion to have a fun day, and at the same time to get much joy and a lot of knowledge. 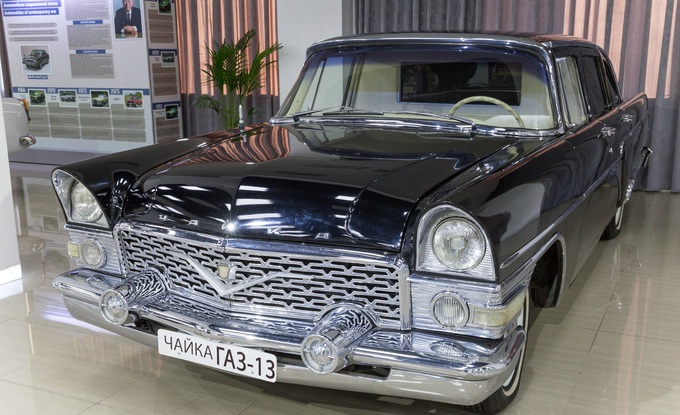