Tashkent Museum of Railway Technics, known among citizens as Museum of engines, started working on the 4th of August, 1989 on railman’s Day. A solemn event was preceded by the exhibition in honor of the 100th anniversary of the Central Asian Railway in 1988. Townsmen and guests of the capital were so impressed by the presented exhibits, that at people’s request the exhibition was kept.

The most high-powered locomotive in the museum exposition is П36 (“Pobeda” - Victory) with the horsepower of 3000. It is one of the last passenger locomotives, produced in the USSR.

The territory of Tashkent Railway Museum is shady and well-groomed thanks to employees. Those who so desire to see how the trains are arranged inside, can enter some trains. One can also make remarkable photos of Railway Museum in memory. 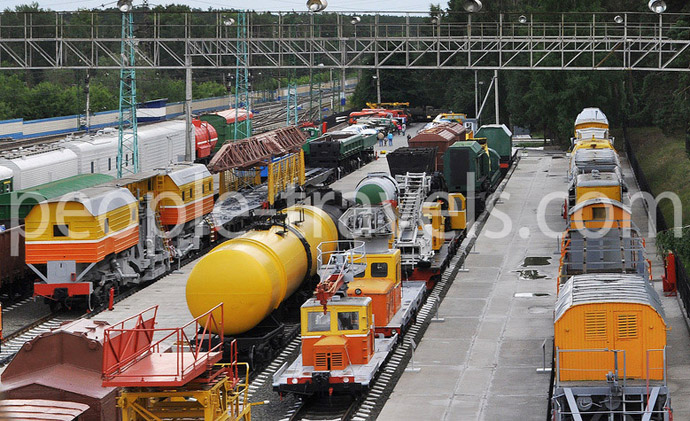 The narrow-gauge railway laid along the exposition is of great interest and unusualness. The wideness of the gauge is 750 meters and the length is 420 meters. The excursion train running along the light railway consists of the diesel locomotive ТУ7 and two open wagons.

Tashkent Museum of Railway Technics is close by the Central train station. It is very easy to reach the museum by subway. One exit of metro will take you to the museum.

Peopletravel Company is eager to arrange the excursion to Railway Technics Museum. For this you have to choose a tour to Uzbekistan, Tashkent from the tours, presented bellow.

Having visited Tashkent Railway Museum you will spend time interestingly. You will learn the history of railways, device of engines and other railway technics.