Tashkent Islamic Institute named after imam al Bukhari was established in 1971. The imam al-Bukhari higher Islamic Institute is situated in the ancient mosque Namazgokh, entering in to the composition of the religious complex Khazret Imam, which is of historical significance.

Tashkent Islamic University was founded on the initiate of Ziyauddinkhan ibn Eshon Babakhan, the great Muslim religious scholar, chairman of the Spiritual Authority of the Muslims. Tashkent Islamic University history goes back to the extension courses of imams-khatibs in the mosque, which had been acting from 1970. In 1971 on the base of courses the higher educational establishment was founded. And after the setting up the institute the name of imam al-Bukhari was given. Al-Bukhari was the outstanding Islamic theologist who lived in middle ages in the region of contemporary Uzbekistan. 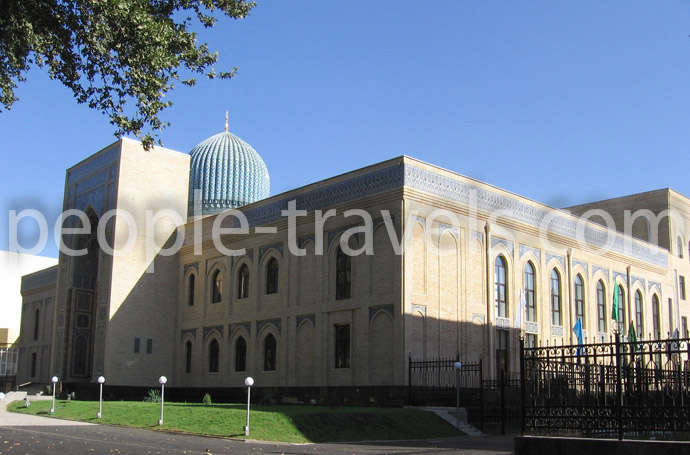 As a mosque, Tashkent Islamic Institute itself was constructed in the middle of the XIX century when the Kokand governor Khudoyar Khan ruled. The building was richly decorated with ganch (mixture of clay and ) and ornamental paintings, but in time of the revolution it was plundered and destroyed.

Today close on 200 students learn in Tashkent imam al-Bukhari Islamic Institute. The graduates teach not only in spiritual establishments, but in secular ones.