The circus in Tashkent has existed for more than a century, since the end of the XIX century when Russian and European circus artists started arriving in the Turkestan lands. It was then that circus rooms were built in several cities (Tashkent, Namangan, Andijan, Samarkand, and Fergana). They were semi-stationary and outwardly similar to bright camp marquees. After the revolution, the circus of Tashkent moved from the Tashkent Coliseum to a building specially built for circus performances. The building was made of wood and covered with an iron dome. In addition to circus performances, theatrical shows and cinematograph sessions were held in the same building. 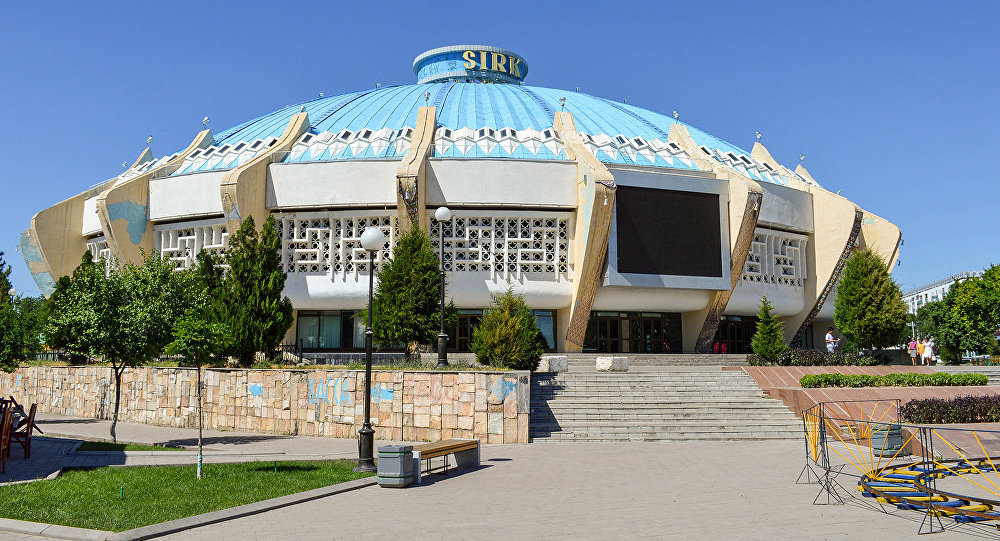 Famous Uzbek circus dynasties, the Tashkenbayevs and Zaripovs, began their creative path precisely in those years of Uzbek circus art formation. Until now, people admire technology and a creative campaign to create circus performances and numbers, passed from father to son, from generation to generation.

The first building of Tashkent circus was built in 1914. It served for many years, before it collapsed during the earthquake in 1966. After 10 years, a new circus building was erected

A modern circus of Tashkent is located on Khadra Square, not far from the metro station of G. Gulyam. The circus can be seen from a long distance thanks to the bright blue dome, and the building itself is round in shape and resembles oriental structures. The circus is decorated with a lattice (panjara); the interior is in intricate patterns on bright stained glass windows, ceramic mosaic. The wooden and ganch features of the interior are decorated with graceful carvings. As a material for the doors leading to the performance hall, a walnut tree was used; it is adorned with elegant lace in several levels.

For a long period of time, until the stationary circus appeared in Tashkent, the capital of Uzbekistan, tour artists performed here. However, after the construction of its own building, circus art, based on individual traditions and rich history began to develop. During the existence of the national circus, their own productions were developed, the total number of which exceeds two dozen. The audience saw more than a hundred different numbers, differing from each other in their uniqueness. Large-scale attractions were organized. Equilibrists, acrobats, jugglers participated, trained animals (dogs, camels, tigers) were present.

The troupe of Tashkent circus conducts tour activity, showing its performances in all major cities of the world. For a relatively short period of time, the artists managed to tour with more than 30 countries in Eurasia and Africa. 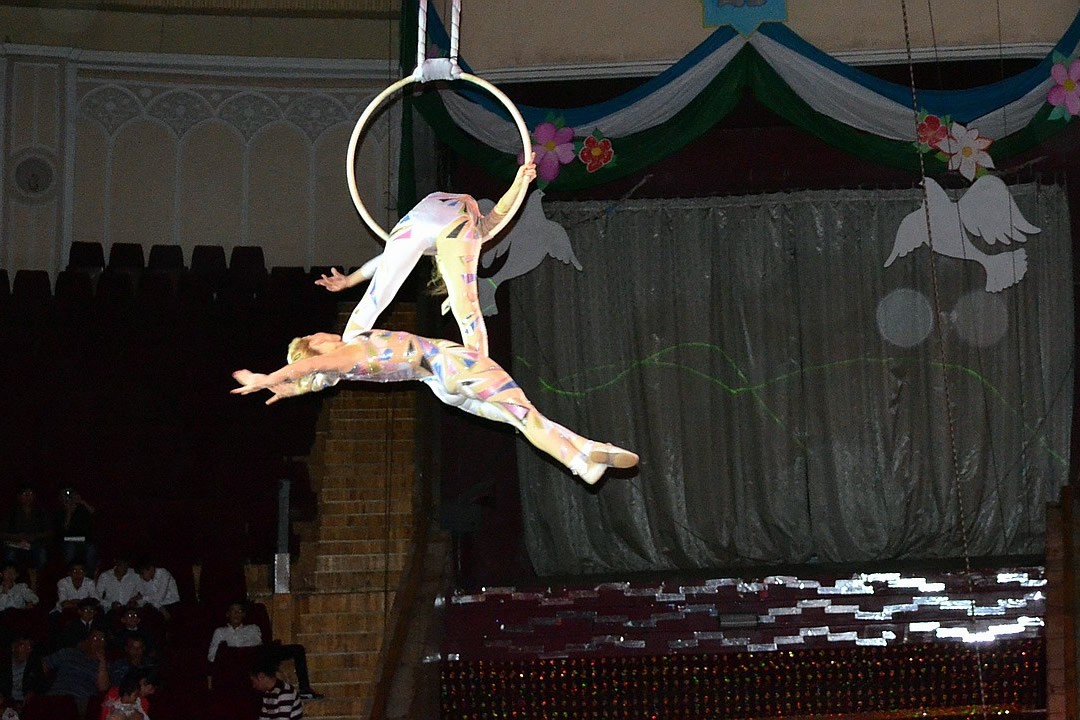 The audience is always delighted with the cheerful and incendiary program of circus artists, which each time pleasantly surprise the audience. Thanks to this t the seats in the auditorium are always occupied. The spectators joyfully welcome artists who give an unforgettable feeling of magic.

Being in Tashkent within Uzbekistan tours, do not miss the opportunity to visit Tashkent circus.