The symbol of peace and friendship

More than 60 years Tashkent chimes are a symbol of a city. This is not just a clock, not just the tower, but something more, the first character that comes to mind at the mention of Tashkent.

Every quarter of an hour, hour and half hour bell beats the main clock of Tashkent city. And for the first time residents and guests of the Uzbek capital heard this unique ringing in 1947 - the day of the inauguration of the chimes. 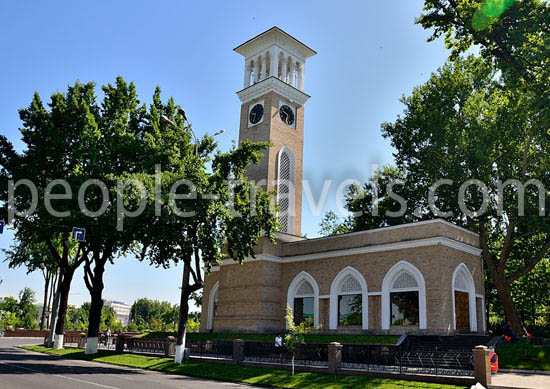 The clock itself exactly 60 years ago came from the Baltic coast, to be exact - from the suburbs of Koenigsberg, now Kaliningrad. And Uzbek watchmaker Alexander Aizenshtein brought them to his home town.

Tower that passes through time

Tashkent Chimes is like a symbol of several eras of the city. Every quarter of an hour, hour and half hour bell beat the main city of Tashkent hours, located in the heart of the city. Their sound, especially in the night and predawn silence spreads far and near like recalls memorable events associated with the life of Tashkent.

During the earthquake one of the bells has been damaged, but local craftsmen were able to cast a new bell is not worse than the original.

These bells had a crimson ringing. The bell ringing invented in the Belgian city of Malines (as it is called in French and Flemish call it Melech).

It set the bells made of alloys according to the original recipe that creates unique sound. Subsequently, this technology was used for the tower clock across all Europe.

After numerous trials and errors one of Tashkent factories unraveled the secret of the Belgians and a new bell was cast. Not worse than before and at the conclusion of musical experts, accurately conveys the right tone in the sound of the entire ensemble hourly bells. In November 2009, the monument was reconstructed and appeared a twin of this chimes - to 2,200 the anniversary of city. New complex looks identical to the current, but deployed in the opposite direction. And now there is a time gate formed between them.