Tashkent metro is considered one of the cleanest subways in the world. This record, I want to dedicate it to Tashkent underground.

Tashkent metro consists of three lines with 29 stations. The first line, "Chilonzor" with 9 stations launched in 1977 (finished construction of all 12 stations in 1980), and the second "Uzbek" line with 11 stations were put into operation in 1991.

Tashkent metro is considered not deep and has several metro bridges. In September 2001, was launched third metro line - Yunusobod. Construction of the line length of 6.4 km with six underground stations was completed in late August. Every day a new subway line carries 60 million passengers, and the total daily passenger traffic reached 450 thousand.

The length of the three metro lines with 29 stations is 36.2 km. Metro is one of the most popular types of transportation in cities with population exceeding one million people, however in Tashkent it became cultural sightseeing.

Metropolitan of Tashkent is only one in Central Asia, also one of the most beautiful in the world. In daily ridership on the lines are not less than 200 thousand people, resulting in a year to 68 million. For a city with a population of over three million people this kind of public transport is one of the most important.

Uzbek station subway is only underground. They differ in a variety of artistic style. Each of them is unique and decorated with bas-reliefs and panels, granite and marble mosaics and columns. That's why Tashkent Metro became the city's sights, take a look at that descends into the earth millions of visitors annually. 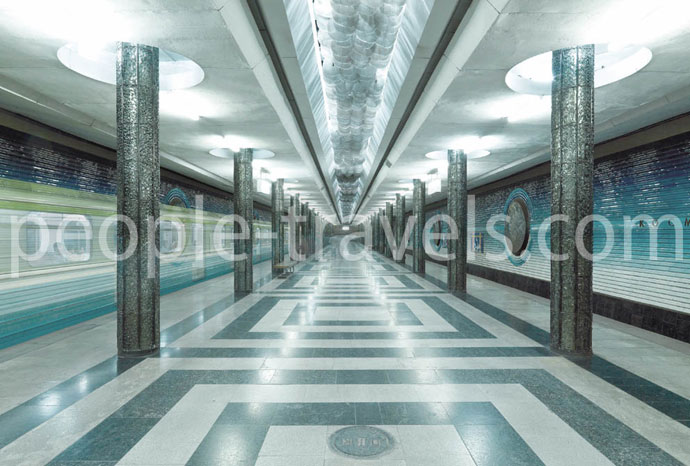 All cars of trains equipped with modern air-conditioning system, in terms of the Asian region it is very important. In stations prohibited photo and video making for safety reasons passengers.

Metropolitan of Tashkent was built in compliance with seismologists and each station and composition has evacuation systems against possible earthquakes. Experts say that all Tashkent Metro can withstand tremors force to 9 on the Richter scale.

If you are going to visit the capital of Uzbekistan, simply cannot ignore subway of Tashkent, because you can examine the unique architectural wonder. This subway can be called one of the most popular and unique attractions.