Mausoleum of Sheikhantaur sheikh. Ensemble of the mysterious Sufi

Mausoleum of Sheikhantaur sheikh in Tashkent

Ensemble of the mysterious Sufi

Complex Sheikhantaur occupied the territory between the modern streets of Abai, Navoi, and Sheikhantaur. Here there was a picturesque ensemble of sixteen buildings and two ancient House.

The main core of the ensemble of Sheikh al-Hovendi Takhur built at the end of the XIV century. Inside the mausoleum preserved dried tree trunk - old Saura - the only remaining of the sacred grove, which Tashkent folk traditions associated with a visit to this place of Alexander the Great in 329 BC.

Sufi sheikh al-Hovendi Tahur (Sheikhantaur) was very popular among medieval ascetic society. He was born in the end of the XIII century in hodzhas family - descendants of the Prophet Muhammad on the shores of deep lake. He was a follower of the teachings of the great poet – Yasavi. 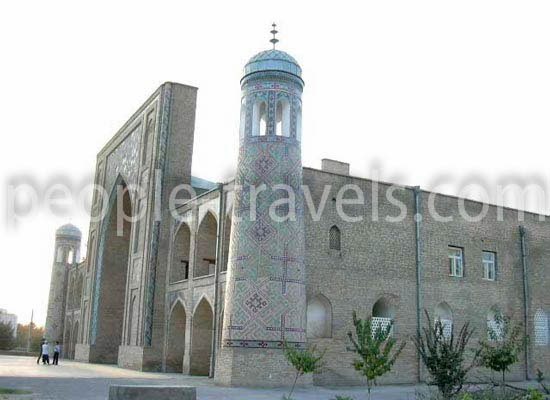 He bequeathed to bury him in petrified revered Saurs Iskander in the place where in pre-Islamic times were Zoroastrian sanctuary. He died in 1355 and after a few decades here was built mausoleum in his honor on the personal orders of Amir Temur.

Sheikhantaur considered one of the patron saints of Tashkent, and among his descendants were many prominent public figures, played a large role in the city's history, including - the famous Sufi Temurid Khoja Ahrar and independent ruler of Tashkent in the XVIII century, Yunus Hodge.

In mausoleum, clergyman reads very beautiful and poetic prayer. As a part of Uzbekistan tours you can visit this holy place.

Here you will see many people, children, taking water into bottles, cups, glasses, and brave gold fish approach very closely, not being afraid of noise and huddle. The fish in this lake is also considered as holy, and it is not allowed to catch it. It is allowed to feed them, and they are waiting for bread crumbs with pleasure. 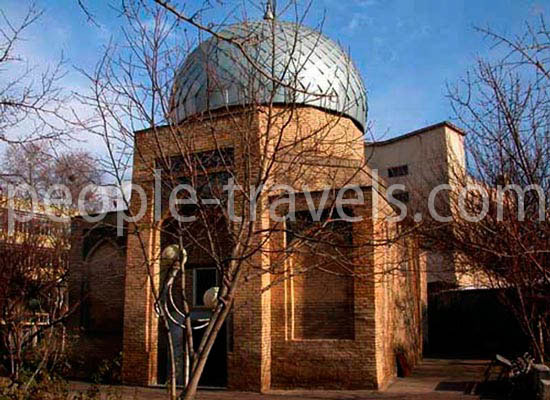 Uzbekistan is rich with such amazing and mysterious places, however there are many of them that are undiscovered and keep spiritual value.

In Uzbekistan so many mausoleums erected in memory of the saints, and it is not quite matched with the covenant of the Prophet, that no mausoleums be over graves should not.

Nevertheless, we are grateful for these buildings our ancestors because it's part of history, a huge cultural layer, allowing us to see the past.