In Tashkent, there is a museum of Sergey Esenin, which has already existed for 20 years.

The public museum of Sergey Esenin in Tashkent was created in 1981. On its base in 1988 the state literary museum of the poet was opened. The reopening of the museum, after restoration, was held on June 10, 1999.

The museum has about 3000 exhibits, including Sergey Esenin's autographs, lifetime editions of his works, photographs and a number of personal items. Valuable manuscripts and rare documents were transferred to the museum by the children of the poet and people close to him. 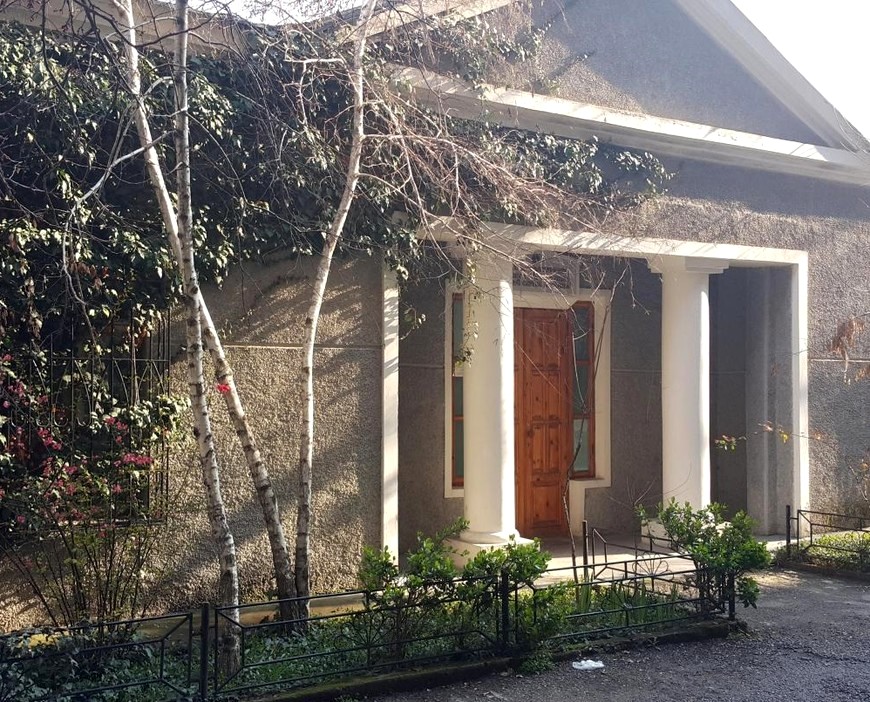 It may seem strange the existence of a literary museum of Sergey Yesenin in Tashkent, which is so far from the homeland of the great Russian poet. In fact, Esenin came to Turkestan only once and did not stay here very long. He never wrote poems dedicated directly to Central Asia. In the famous poetic cycle "Persian motifs", where the Russian poet appears as a pupil of the great poets of the East, behind the fictional Esenin Persia the land of Turkestan, the details noted by Sergey Alexandrovich on the streets of Tashkent, in the teahouse, in the Uzbek courtyards, is easily viewed.

Esenin was neither a tourist nor a traveler, his soul belonged to the East. And the main idea of ​​the Tashkent museum of Esenin, guided by its organizers, was to uncover the connections between the writers of Uzbekistan and Russia by the example of the creative mastery of the traditions and techniques of Eastern poetry by the great Russian lyric poet. Sergei Yesenin's Museum of Uzbekistan has collected everything related to the stay of Sergey Esenin on this earth. He came to the capital of Uzbekistan on May 14, 1921 to visit his friend and ally in the poetic shop - Alexander Shiryaevets. Although the poet's trip was unofficial, he did a lot of reading poetry at the "Arts Studio" evenings at the Turkestan Public Library, at the Red Army club, before the sessions in the "Turan" and "Winter Khiva" cinematographs. Esenin's popularity in Tashkent was enormous.

Esenin's brief stay in Tashkent was an important milestone in his creative biography.

According to eyewitnesses, Esenin spent all days in the old city; he liked to sit with a tea bowl in the tea-houses of Sheikhantaur and Urda, although he had not yet learned to sit as an Uzbek with crossed legs. The Russian poet was interested in Uzbek poetry, music and songs, which he listened with pleasure from his new Tashkent friends.

In the evening of May 29, 1921, Sergey Esenin went to Samarkand to get acquainted with the monuments of Central Asian antiquities, and he returned on June 3. The poet said goodbye to his friends and then left forever from beloved Turkestan.

For many years, the details of Esenin's stay on this earth were almost unknown to poetry lovers. Tashkent's local historians, collectors, enthusiasts and researchers of Esenin's creativity took part in eradicating this white spot of the Esenin biography. Also the daughter of the poet, Tatyana Esenina, lived and worked in the capital of Uzbekistan.

The collection of the Yesenin Museum in Tashkent

More than three thousand exhibits are collected in the Tashkent museum of Sergey Esenin, many of which were transferred to the museum by friends and relatives of the poet.

The museum consists of four halls. The central part of the exposition is devoted to the poet's visit to Uzbekistan in 1921. In the main hall of Esenin museum in Tashkent there are materials about the stay of Sergey Esenin in Tashkent, photographs and memoirs of contemporaries. The interior of the hall is designed in the style of the XX century. The exposure of the second hall is devoted to Esenin’s work connected with the East, including the collection of translations of the poet's works into the languages ​​of Central Asian peoples. In the third hall there are unique exhibits related to the life and death of the master and the publication of his works.

In the museum of Esenin in Tashkent there is a hall for lectures, in which often readings not only of Esenin, but also of contemporary poets, exhibitions of works of art are organized.

Make a trip to Uzbekistan, visit Tashkent museums, know much interesting and cognitive.