Mazar Parpi Ata is a sacred place of worship to the local population. It is located 4 km to the west of the fort Imlak near Almalyk. Actually there is no mazar, an object of veneration was considered a separate rock form in a rocky spur slot. Some scientists believed that down to the river Paleozoic limestone formation appeared oddly blurred as the gap between the spur of rock - and post irregularly shaped.

It was believed that a visit to this place helps in the healing of various ailments, in particular manifestations of rabies, maddened by the bite of an animal or in the treatment of infertility. Initially committed Ziarat followed by three times to squeeze into the slot of the Holy Stone (Parpiata). 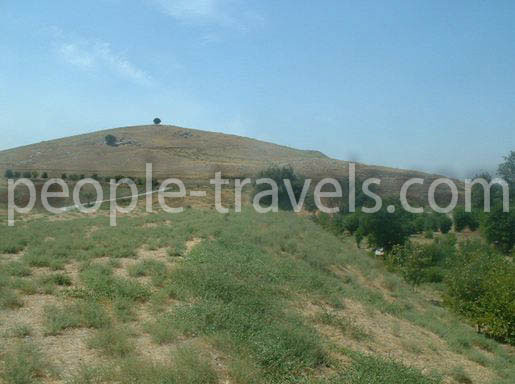 Mazar enjoyed great popularity and reverence among the local population. At the time, experts noted that the cult of the Parpi Ata mazar maintained sheikhs from the nearby village Aulieata (presently Time - Kuyun).

At the moment there is no gap, stone, in years of militant atheism in 1983 was blown up.

For many pilgrims from neighboring villages was created new object of devotion it was the so-called "Gumbaz" within which the delivered stone.

Around the stone is made a detour and the rock pimeki are lit. Several cult activities also performed on the foot of a rocky ridge and about 100 meters to the north of it at the source, the output of groundwater that was collected for ablutions. 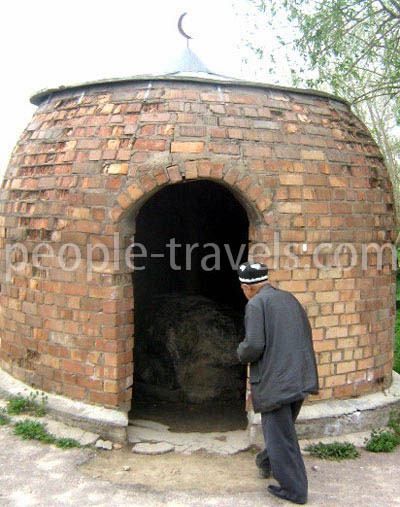 Popularity of Parpi Ata evidenced the existence of other places and veneration of the saint. So in Tashkent region is known another holy place dedicated Parpi Aata, located on the shore of Parpisaya tributary Kurusu, south of the town of Krasnogorsk. Another Parpi Ata mazar was erected in Jizzakh region.

Historical and natural interest of Parpi Ata determined as a sacred place of worship to the local population.