Nanay. Earthly paradise of the east

Earthly paradise of the east

The nature of this town could steal your heart and you will dive into the green oasis with fresh air and lovely bird singing. It is located in the small mountain village Bostanlyk of Tashkent oasis, in the south- eastern side of the deep lake – Charvak.

The climate of these places is characteristic of the foothills: hot summers and cold, snowy winters. However, the proximity of the reservoir significantly softens and moisturizes the air summer heat.

The most curious thing is that in Uzbekistan there are two villages with this name. The second is in the Fegrana valley near Namangan. There is a legend according to which part of the inhabitants of this town was forced to leave their homes. They went to the mountains where found a convenient valley at Pskem. There was founded a settlement, but the name remained the same. 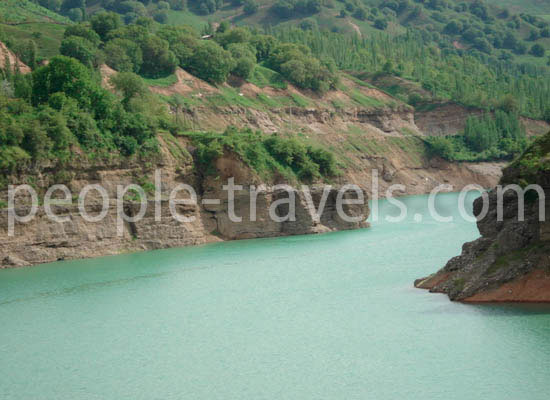 However, according to another version Nanay has been existed in these places since Alexander the Great and was built as one of the hardened wax halts king. Here began to build hundreds caravanserais, and then this settlement completely grown to the village.

Most archeologists are silent on this issue, not confirming any of the versions. The same confusion exists with the name. In one version the name came from the Tajik "Nona" as a goddess of fertility with the meaning "clean and perfect." According to the second version "Nana" is some special medicinal herbs that were cured by the first settlers. And the third version says that it is a transformation of "Non hai" translated as a "bread is" - an exclamation of relief after the collection of the first crop of wheat in the new location.

Choose what you like, one statement does not refute another. As in many mountain villages, the residents of Nanay live as one cohesive team that mainly engaged in agriculture, animal husbandry, small-scale trading, beekeeping, crafts and the provision of travel services privately.

Beekeeping is very famous among guests. The local honey is considered to be the best, cleanest and the most helpful throughout Uzbekistan. Until recently it is a valuable gift to high-ranking government guests. Today for local honey specially come from many parts of the country.

It is necessary to note the original handicrafts, but especially the unique, distinctive national embroidery hats - skullcaps.

In the western part of the village is a huge grotto in width of 30 m, depth of 15 m and 20 meters high. In the middle of the cave there is a small lake.

There are many interesting places located in the vicinity of the village. The locals store a huge amount of legends, tales and folk beliefs, concerns for a town and nearby attractions. There are so many that it seems even the smallest pebble on the road has a good story.

Wonderful, comfortable for living and recreation areas, beautiful nature, mild climate of the foothills, the abundance of rivers, proximity to deep lake, pure mountain air and healing honey – is not it an earthly paradise? If you are the lover of all that described above, you have to visit Uzbekistan!