One of the most famous places of the capital is Independence Square, which got its name on September 5, 1991 and is currently the main square of Uzbekistan.

In the center is located a globe, which is called the Independence Monument and personifies the young state, which appeared on the world map.

The whole area is surrounded by a park with several fountains. Tashkent city can be considered as one of the richest places because of a huge variety of fountains that can be found in all corners of the city.

They differ in size, but they all serve the purpose of ennobling the city and create a place for atmosphere of rest and peace. 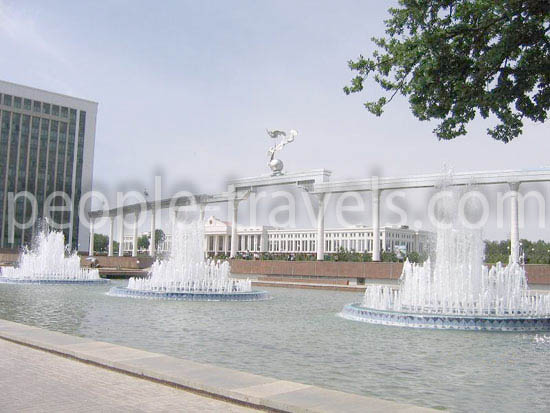 Also in this area is located the Senate building, at the entrance of which there are four columns and three domes, personifying a national treasure of art and traditions. According to architects of this building, the palace demonstrates the strength, power and broad potential of the state and the pride of our people.

This place is attractive because of the special atmosphere of well-being, peace and incredibly clean air in the center of the city. 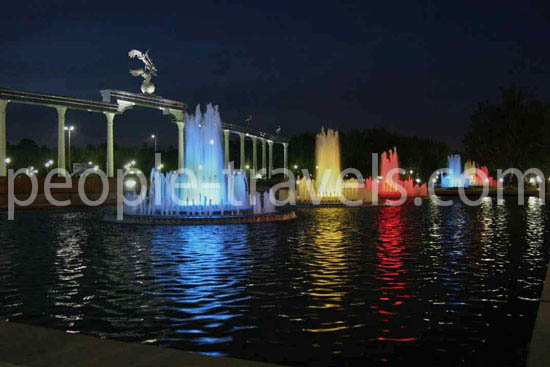 The arch of good and noble aspirations

In addition, here you can find one built on an area of construction - the arch of good and noble aspirations.

This unique architectural ensemble has a length of 150 meters and is based on 16 pillars of white marble. The heart of every compatriot oversteps its threshold, crowded feeling of gratitude and faith in the future.

It is worth noting that in the territory of the monument area are grieving mother being a symbol of human compassion of our people and ancient traditions of respect to the older generation.

This city center area and the adjacent park ennoble the city and therefore it considered as one of the most popular for tourists and guests.