Museum of Victims of Political Repression

Museum of Victims of Political Repression

In the year 1991 the ministers of Uzbekistan approved the decree about “perpetuation the memory of people who sacrificed their lives for the sake of Motherland and nation”.

After the decree the Memorial to the Victims of Repression sited in a new Tashkent memorial complex “Shakhidlar khotirasi” (in commemoration of victims) was founded. The museum offers the expositions devoted to the contemporary history of Uzbekistan, beginning from first Russian incursions into the khiva khanate and until “cotton affair” of the eighties.

The chief task of the Museum of Victims of Political Repression is the perpetuation the memory of victims of repressions which the inhabitants of Uzbekistan were inflicted in Tsar’s time and during the Soviet rule; holding spiritual and educational events; and advocacy of patriotism, demonstrated in the acts of our forefathers.

In the complex area there are museum and rotunda. The building of the museum is in Central Asian style: the walls are adorned with magnificent woodcarvings, and a blue cupola crowns the museum.

The rotunda is a big cupola of blue color that leans against eight marble pillars. The rotunda is surrounded by flavorful lawns with luxuriant flowerbeds.

In the Museum of Victims of Political Repression, the area of which is 1568 meters, the update exposition is placed. The exposition consists of 10 sections, chronological frames of which cover a large historical period till the independence of Uzbekistan.
On many stands of the Museum of Victims of Repression there are the documents, retrieved from former archives of KGB, which allow visitors to become familiar with the unprecedented activity of Soviet secret police.

The stands in the Memorial Museum of Victims of Repression are presented in chronological order. The first stand familiarizes with the history of “double dealing” of Russia and Great Britain for the pressure over Central Asia. The exposure of the second compartment is devoted to the concrete figures, who participated in uprisings against the tsar power in Tashkent and Andijan. Some of public figures were executed, other were banished or imprisoned.

On the stand, devoted to the “campaign of dispossession of the kulaks” of 1932, one can see a table, showing the amount of cattle and private belongings, expropriated from the kulaks. On another stand the decrees about arrests, orders about shootings, evidences and appeals for pardon are displayed.

The stand devoted to deported nations during the Great Patriotic War is worthy of attention. Supposedly, such nations as the Crimean Tatars, Koreans and others collaborated with dissidents.

The Museum of Victims of Political Repression in Tashkent is called the memorial complex because it is situated on the territory, where the mass executions of wrongfully convicted people took place. 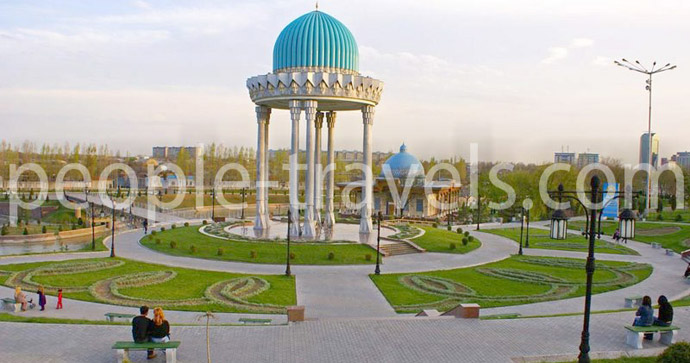 Exactly here, on the riverside, at nights sentenced people were brought, and by noise of passing trains the terrible sentence was executed. About 14 thousand of people were executed, 118 000 persons deported to the camps, the living conditions of which were almost equivalent to death.

Tashkent is surprisingly interesting city, where history is there along with the present. And the Museum of Victims of Political Repression is the evident demonstration of it.

Peopletravel Company invites you to Tashkent and other destinations and undertakes to make your travelling around Uzbekistan amazing and unforgettable.