Mukhtar Ashrafi (years of life - 1912-1975) - a well-known Uzbek composer, national artist of the USSR, the conductor who devoted his whole life to the progress of the musical culture of Uzbekistan.

Mukhtar Ashrafi and the music at the museum’s space 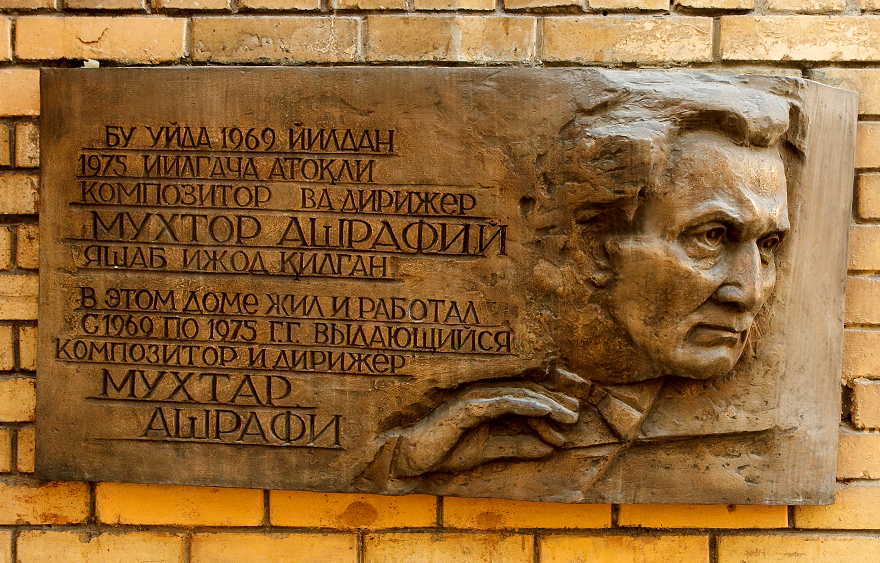 Mukhtar Ashrafi Memorial Museum and its collection of exhibits

The museum is a two-storeyed building. There is also a basement that has been converted into a concert hall, where chamber concerts and small presentments are held. The hall is intended for 50 people. Here you can also listen to the audio recordings of Mukhtar Ashrafi's works. In the house museum of Muhtar Ashrafi there are five halls. Five halls display the whole life and creative path of an outstanding composer.

The collection of materials that is collected in the house-museum tells the residents and guests of the capital about the music of the musician of the 40-50's. Mukhtar Ashrafi museum has more than 16,000 exhibits.

In the first hall there are exhibits covering the early period of M. Ashrafi's life from 1912 to 1945. The model of the parental house in Bukhara is presented here, as well as the future becoming of the conductor and composer.

The second room of the Mukhtar Ashrafi museum presents the repertory plans of the opera studio at the Leningrad State Conservatory, including J. Bizet's opera Carmen and Verdi's opera Aida, directed by M. Ashrafi. Here is also the chronology of the tour performance of the conductor with symphonic orchestras in the Baltic States, Ukraine, the Caucasus and the Central Asian republics.

In the third room comers can get acquainted with the history of the opera "Dilorom" (1958) on the plot of A. Navoi's poem "The Seven Planets". The exposure of the museum of Mukhtar Ashrafi includes musical notations, fragments of author's manuscripts of symphonic poems "The Morning of My Motherland", "Timur Malik", "In Menacing Days", created in 1950-1960's.

In the fourth room there are the works of the composer and conductor M. Ashrafi at the Bolshoi Theater after A. Navoi in the 1960-1970-es over the new productions of opera and ballet performances created under his artistic direction. These are the operas "Zainab and Aman", “Light from Darkness”, “Dream”, “Masquerade”.

The fifth hall represents the pedagogical and public activity of the composer, mainly, the preparation of musical staff for the republic.

In the house museum of Mukhtar Ashrafi there is a "tree of desires". Any guest can make a wish and tie a ribbon to a branch. Employees assure that the tree will fulfill any hidden dream of every visitor.

The museum is the history of music. All the planned events reveal the musical side of the museum and the oeuvre of Ashrafi.

The museum's patrons are students of various lyceums and higher educational institutions. Foreign musicians from Japan and France, who have long been interested in the work of Mukhtar Ashrafi, come to the house museum. You can also get to the museum within tour packages from Peopletravel Company. 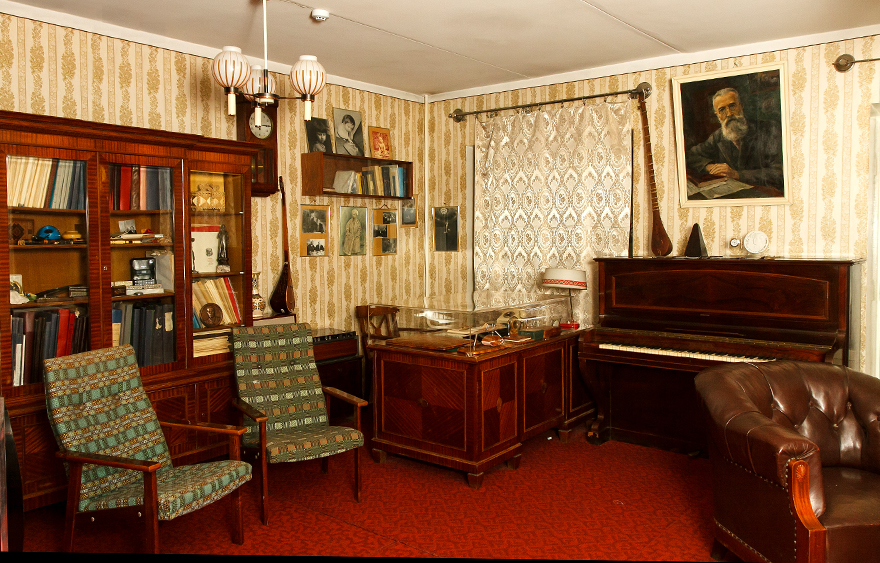