Monument of Amir Temur in Tashkent

The strength is in justice

In the center of the capital it is easy to find famous monument to Amir Temur. On the monument you will read the wise words of him: “The strength is in justice”, that is translated to three languages.

The noble land of modern Uzbekistan was the cradle of the state Temurids being at the crossroads of various civilizations, such as Bactria, Maveraunnahr, Kushan Empire, the Kingdom of the Seleucids, and Khorezm Kokand khanate, the Emirate of Bukhara.

Pointing to the power of Amir Temur's empire, which stretched from the Mediterranean to the Great Wall of China and from the Caspian Sea to the Persian Gulf, historians stressed that Amir Temur had exceptional leadership qualities, analytical mind, endless internal energy and high spirituality.

In government Tamerlane adhered to the principles of justice and always paid special attention to the development of science, culture and art. He always taught his descendants, members of the genus Temurids left a bright trace in the history of the world, walk the righteous path.

And now this museum is a treasure house of the unique heritage of those times. 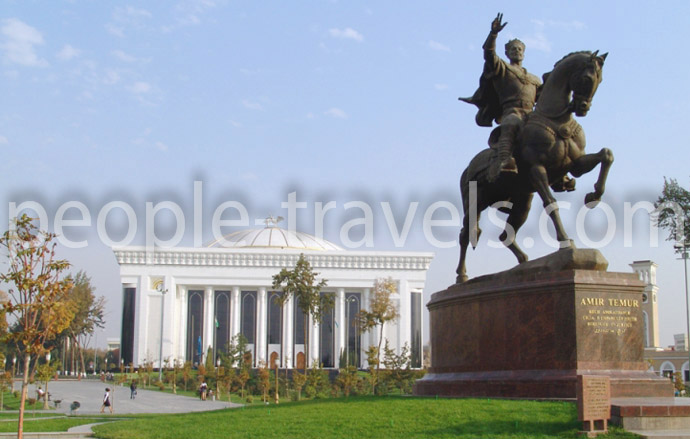 In difficult time when Europe was threatened over its capture "a message of hope for the Europeans came from an unexpected quarter - from the East”. Amir Timur, who was called as "Lord of the lucky star" that created a vast empire, made at the same time as the savior of Europe.

Due to these occurrences in France in the early 15th century was set a monument of this ruler with the inscription "Saviour of Europe."