Minor Mosque is a new mosque in Tashkent. Its location is the bank of the Ankhor canal, the bund of which had been changed for last period of time.

Not far from Minor Mosque the exhibition complex Uzexpocenter and the luxurious hotel International are situated.

The construction works of Minor Mosque were started in July, 2013. And a year later in 2014, October, 1st on the eve of the sacred holiday Kurban Khayit, the President of Uzbekistan Islam Karimov unveiled a new Mosque – Minor. 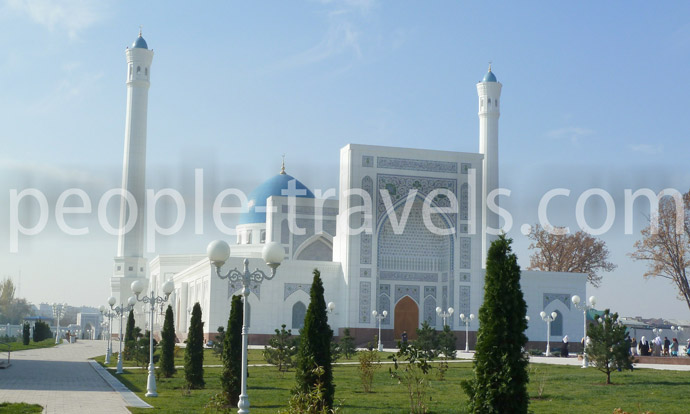 The building of Minor Mosque is engineered in the traditional Central Asian style. The mosque has two prayer towers and a blue colored cupola.

Minor Mosque in Tashkent differs from old mosques of bricks with its decoration from white marble.

Minor Mosque is divided into front part with terraces, and a huge round hall with gilded mikhrab (niche directing to Mecca), which is adorned with sayings from the Koran.

Minor Mosque is found to be the largest spiritual center among the Mussulmans of Tashkent and whole Uzbekistan. 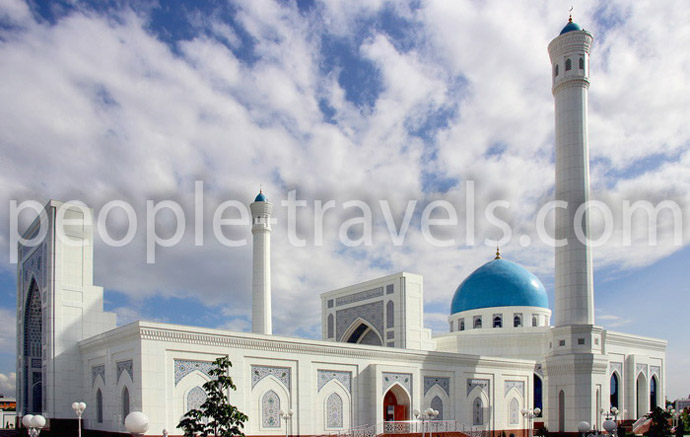 All favourable conditions for the faithful are created here. In Minor Mosque there is a special room for ablution, which is equipped with modern accessories.

The construction activity of Minor Mosque in Uzbekistan was financed at the expense of national budget and spiritual Muslim department of Uzbekistan.

Minor Mosque draws its magnificence. And being in Tashkent, you should not miss the chance to visit Minor Mosque. Planning your journey to Uzbekistan with Peopletravel Company, please chose the suitable tour and enjoy travelling аround Uzbekistan