Minguruk. The ancient ancestor of Tashkent

The ancient ancestor of tashkent

Minguruk is one of the oldest settlements of the ancient Tashkent. The town existed since the beginning of the first century BC before the Arab conquest of Central Asia in the VIII century. According to historians, the town was a union of several town-states under the name Chach, located in the fertile valley of the river Chirchik.

The inscriptions belong to the first half of the III century (or earlier) on the plates settlement Kultobe reported that within Chach and north of there were agricultural areas, and that the rulers of Chach delineated their holdings with the nomads and built fortresses for the protection of their territories.

Chach town were in the area of political and cultural influence of such states as Sogdiana and Bactria, and later Turkic Khanate and medieval China. 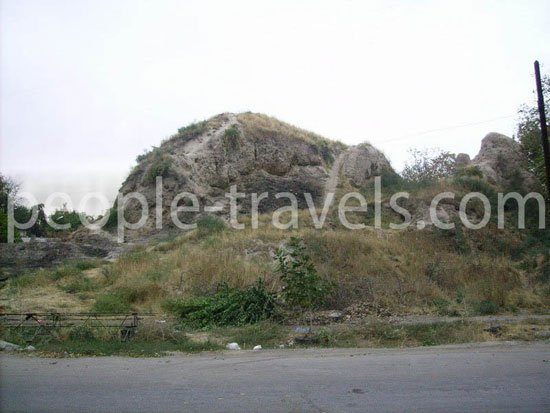 Features of the architecture of the town

According to research by historians and historical reconstruction made on the basis of archaeological surveys town Madina, Chach had a circle over 4 km and was surrounded by a fortified wall. Within this perimeter was the citadel, which is a castle height of about 23 meters, the palace of the ruler ceremonial building at the foot of the tower, the temple of the ancestors and the sanctuary of the fire. Residence circled the ramparts and a moat.

The palace of the ruler consisted of a main hall, living rooms and storage facilities, the walls of which were decorated with multi-color paintings depicting hunting scenes, religious ceremonies, as well as plots of the national epic, and the temple. Moreover, Shahristan was built up with the houses of the nobility and wealthy citizens, and rabad, which were located mostly - craftsmen's quarters.

The town was a major center of culture. According to Chinese historical chronicles his singers, musicians and dancers were famous far beyond Chach, including in a relatively remote from Chach country like China, which was appreciated a particular style of dance and rhythm of Chach.

In Chach masters worked on painting the interiors of palaces and houses of the rich, reached a high level of medal art, as well as the manufacture of dies for portrait prints.

Madina Chach was also the center of religious worship. Judging by the fact that archaeologists found burial mostly produced by the Zoroastrian rites, one can assume that the common religion in Chach during its cultural heyday was Zoroastrianism.

Historical artifacts, personal and religious objects show that took place in Chach fertility cults and worship of deified ancestors, along with fire-worship, which is an essential part of Zoroastrianism. Chach residents were familiar with such religions as Christianity, Buddhism, Manichaeism, the details of which were distributed along the Great Silk Road.

The destruction of the town

In the 10 years of the VIII century BC. in a series of hikes in the Arab, this town were destroyed and devastated. It was destroyed irrigation networks of Chach, a channel which contributes water to the capital town, filled up. After the destruction town has never been restored in its original location.

New Town, later called Benakan and later Tashkent, was founded in the IX century by the Arab Caliphate Sassanid governor Yahya ibn al-Assad on the hill Binket a few kilometers west of the former location of Madina Chach (in the area of the triangle area Chorsu - Khodro - Claims-old current Juva part of Tashkent).

Archaeological research has shown that the ancient town had a line of fortifications and a circular building inside it, built of mud bricks. The outer defensive wall of the citadel included internal vaulted corridor and was framed tower-like projections on the outside. The ancient fortress of Chach (Shash) has been built with all the latest fortification techniques of the time.