Mausoleum of Yunus-Khan. Historical engraving of the ruler

Mausoleum of Yunus-Khan in Tashkent

This mausoleum was erected at the end of the 15th century after death of governor of Tashkent Yunus khan. Many modern scientist and cultural workers describe the mausoleum of Yunus khan as one of the magnificent architectural construction of medieval age.

Being one of the sons of Chingiz khan, Yunus khan spent almost all his life in Iran. He is wide known as outstanding person in poetry. After Mongolian Ulus division he managed to become Tashkent ruler. 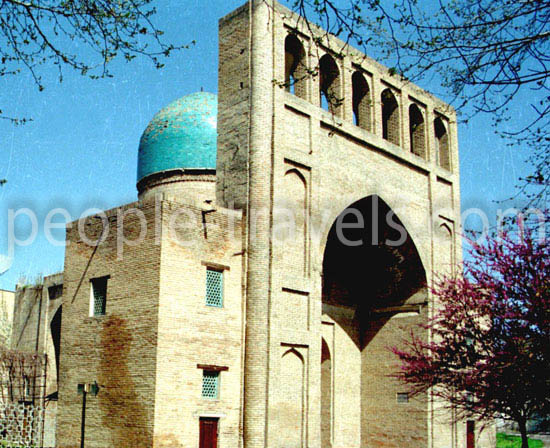 The building has unique to Central Asia T-shape architecture and also rare size which impress every visitor. The entrance of the mausoleum is decorated with high lancet arch. The entire atmosphere saturated with medieval charm and elegance. Ligature of the dome with other complex attracts attention by its uniqueness and bewitching refinement.