Uzbekistan is a country of petroglyphs that are rich in quantity and variety of subjects. They are virtually inferior to the famous monuments of the Eurasian continent. These rich "art galleries" are left in the open air by nations and tribes that inhabited the country in earliest times. The petroglyphs are usually engraved on the rocks in remote gorges and secluded scenic locations. Most often, on smooth rock surfaces in one and the same place, there are images of different ages. Today in mountain and foothill areas of the country there are more than 150 rock art sites, the age of which is defined in the chronological framework of the Mesolithic to the Late Middle Ages. 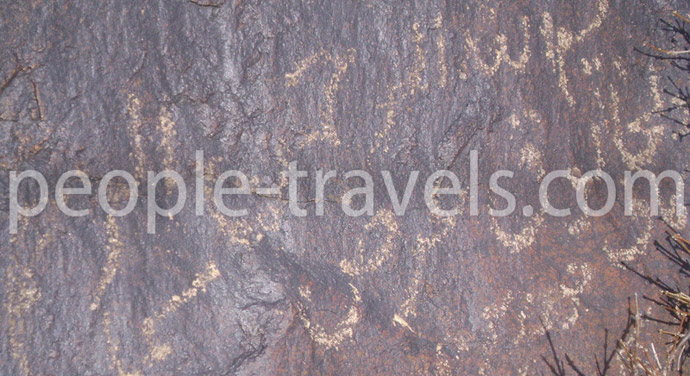 A huge amount of petroglyphs can be met in the mountainous regions of Uzbekistan. So they are found in the upper reaches of rivers of Karakiyasay (south slope of Karjantau range - the northern spur of the Talas Alatau mountain system of the Western Tien-Shan).

History of the analysis of Karakiyasay petroglyphs in Uzbekistan and the surrounding area are much more modest than, for example, Siberia or Karelia, but also has more than 150 years.

Karakiyasay petroglyphs in a huge canyon, the depth of which is 50 meters, are depicted on separate stones and lumps. Totally 90 stones were found, on which 1015 individual paintings and scenes appeared. Like on other monuments, drawings of animals were found here. They are goats, wild sheep, camels, horses, wolves and bulls. Beside animals images of people were discovered.

Karakiyasay petroglyphs in Uzbekistan arediverse. Unlike other sites, there are more cult scenes, most clearly and fully fauna is presented. It is complicated to distinguish more ancient petroglyphs, some figures were wiped off. This proves that petroglyphs of Karakiyasay had been applied not in the same time, but for centuries. 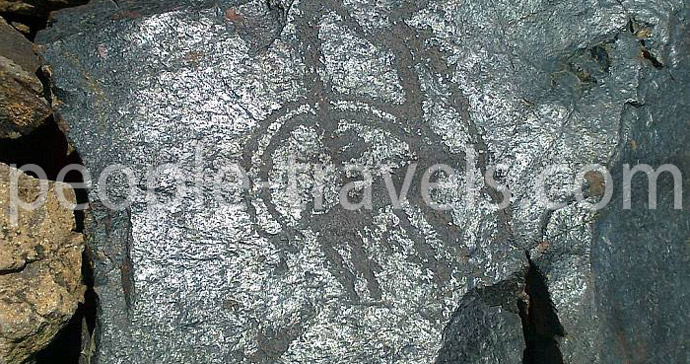 The figures themselves, representing animals, are small (from 5 to 40 cm.). Karakiyasay petroglyphs depicting chariots, refer to the II – the beginning of the I millennium BC. These are the most ancient petroglyphs pictured on the boulders in the ravine.

Peopletravel Company is considering that it is very important and cognitive to visit Karakiyasay petroglyphs. Having connected to the company’s staff and having chosen the appropriate tour to Uzbekistan, you will fully enjoy the nature of Uzbekistan and know much interesting about the history of Uzbek land.