Kanka. The unusual city of the powerful empire

The unusual city of the powerful empire

Kanka is the state capital was a unique citadel that existed as a unique monument of the supreme state that existed in III BC. Now there are only a history and atmosphere of antiquity that keep the Khorezm region.

Consisting of three defensive rounds the fortress Kanka was build in very unusual principle for those times. These circles led to the heart of the fortress and the unusual moment for many archeologists was the fact that the middle round was more adolescent than the brink.

This impregnable citadel was gathered round with water and near was a port Syrdarya. Kangju was an empire that was considering as one of the most powerful in ancient ages. It had an army with more than 120 thousand people equipped with swords and arrows. 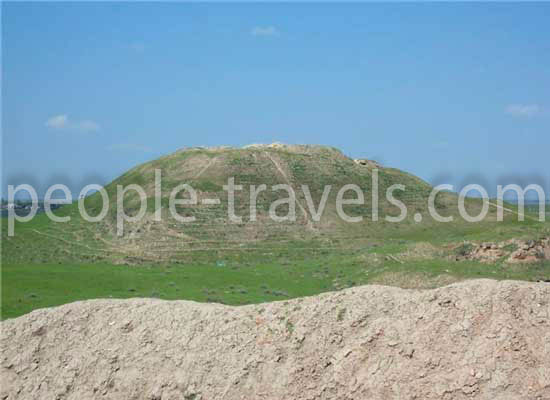 This power was a result of rich development of science and trade. The Great Silk Road passed through the state in several directions and provided Kangju with money and goods.

The capital of this ancient state was mentioned by several medieval scientists in such sources as Veda and Mahabharata. They wrote about perfect handicraft that existed in those times in Kanka, about huge clay walls and impregnable strengths of the fortresses. This state enclosed such ancient provinces as Khoresm, Chach and Sogd.

This huge conglomerate could withstand with such states as Chinese and Iranian empires. And thus the development of this state enables us now to see the heritage that was retained by those rulers.

After disintegration of this state left many Zoroastrian temples that uncover for us the veritable inheritance in Khoresm. 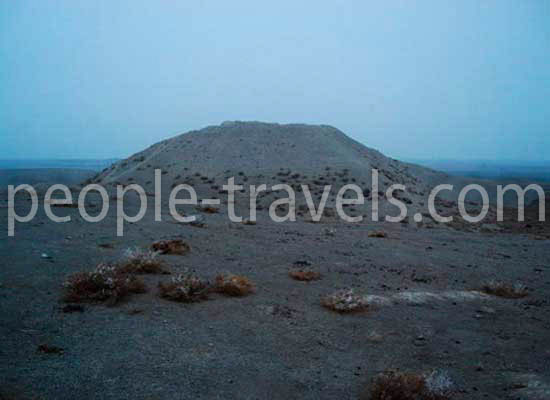 The most unique aspect of this place is inside the half destroyed temples that fascinate every visitor with its unique splendor. Today here was created a museum that keeps national heritage of the national history.

Both, tourists and locals love this place for its microclimate, and extraordinary quietness. You can visit this ancient place within Uzbekistan tours from Peopletravel.

All these are 23 centuries under feet – can be seen only by a person with imagination. Slipped down hills hide history of flourishing and disintegration of the great state in their thickness, and only archeological finds elucidate the life of remote ancestors.

The destructions of capital fell on the period of the Turkic Haganate in IX. Then Arabs damaged the fortress but Kanka remained significant position for a long time even as valuable city on the Silk Road.