This small town keeps many secrets. Hodjakend was formed early in the 3rd century BC, but the atmosphere of the ancient monuments still recalls his greatness. It is a town that is filled with a mixture of cultures such as Greek, Islamic and Buddhist culture, because this is where were the main trade routes from China to India.

But precisely the Buddhist culture had gained its superiority of shapes and patterns.

Hodjakend originates from the time of the conquests of Alexander the Great in 329 BC created here his 9th Alexandria - Alexandria Eshata. 200 years later, the Chinese envoy and a pioneer of the Silk Road - Zhang Qian reached the valley after decades of wandering displaced because of the nomads on the borders of China.

Here crafts have been developed at the highest level, especially pottery, jewelry, metal processing. The excavations that are unique in its elegance and colors compel us take a new look back to the centuries.

After all, the exhibits are unique, no doubt, unlike to any other culture, mostly related to the VII-VIII centuries AD. 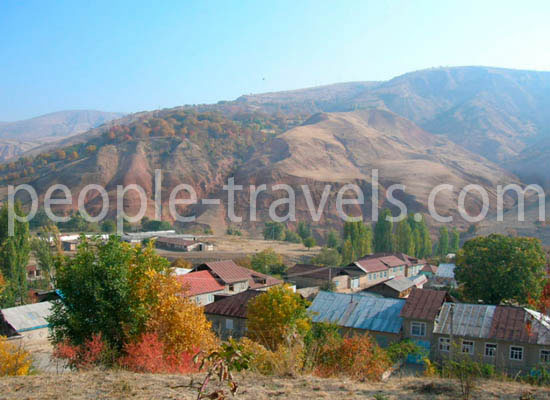 In previous years, during archaeological work in the north of Shahristan excavated residential district of the seventh century. There were opened five streets and eighty premises area that are related to the VII AD.

There were also excavated the religious complex, including the Buddhist temple and the sanctuary.

In the temple were discovered fragments of monumental sculpture that were destroyed during the invasion of the Arabs in Central Asia. However, now here is Shahristan with the citadel located almost in the center of the modern city on half dozen acres that attracts tourists from over the world. 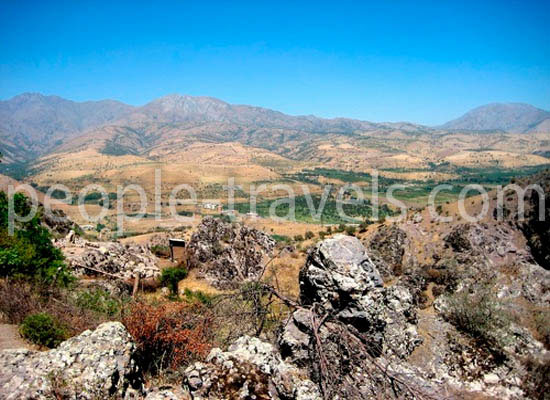 One of the world's leading centers of medieval craftsmanship

The first excavations of the city confirmed that the settlement Hodjakend was one of the world's leading centers of handicrafts, where, perhaps, was born the art itself glassmaking.

This was confirmed by Chinese experts that found in an ancient tome, which says that the Fergana residents gave them the secret of the glass. The rulers of the Valley sent their glass blowers to the Chinese "great places", and they found mine of quartz and sand for glass production.

Hodjakend is a small but cozy town in the Ferghana Valley surrounded by orchards and vineyards, famous for its unsurpassed taste grenades.