The memorial to the great poet

Monument of the famous Uzbek poet Khamid Alimdjan was established in 1990. He is known not only as a talented poet and public figure, but also as the founder of modern Uzbek literature.

Among the newly built high-rise buildings and a number of shops cannot fail to see the figure of a young poet with three flying birds behind. Birds portray revered Semurg. According to popular legend, it is a bird of happiness. 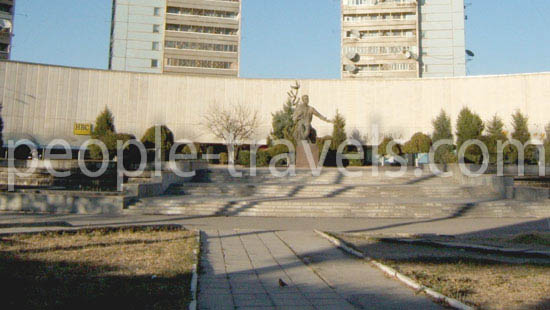 Monument of the poet made a remarkable sculptor Jacob Shapiro. The face of poet filled with joy, love and kindness. The life of the poet was extremely difficult. In 1928 he published his first collection of poems under the symbolic title "Spring".

In the 30s Alimdjan had created his most famous works and epics "Ajgul and Bakhtiar" and "Semurg." In addition, thanks to the works of great Khamid Alimdjan Russian writers and poets became available in the Uzbek language.