Evangelical Lutheran Church in Tashkent, better known in the city as the German Kirche, was built in the center of Sadik Azimov Street (former Zhukovsky Street). In those times in Tashkent there was a huge number of Lutheran Germans, who served in the troops of Imperial Russia and settlers from the Volga region.

In 1881 a competition to develop the architectural plan of the German Kirche was announced. The best project was recognized the plan of the graduate from  the St. Petersburg Academy of Arts, the author of many distinctive edifices in Tashkent and other cities of Central Asia, the architect A.L Benois. Justus Jurgensen (pastor of the Turkestan parish) and Benois discussed this problem, showing the uncommon familiarity with the features of Gothic architecture and the intricacies of construction. But the greater problem was the issue of financing the construction. 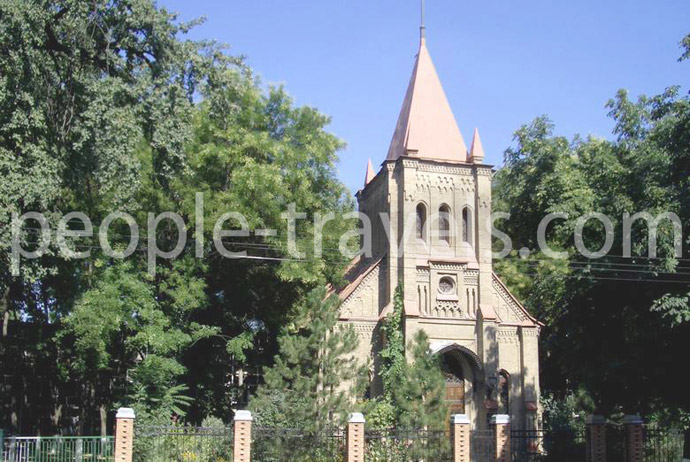 The famous Tashkent pharmacist Krause, known for its patronage allocated funds for the erection of the German Kirche. By the way, thanks to Krause in Tashkent a huge number of notable buildings were built.

In addition, many well-off citizens, including orthodox believers and Muslims donated to Lutheran Church in Tashkent. Here are some names from the list of donors: Arif-Khodja Azis-Hodzhinov (100 rubles), Fedorovs (30 rubles), E. Ilyin (25 rubles.) and others.

The construction work of the German Kirche in Tashkent was started in 1896, and was completed in 1899. 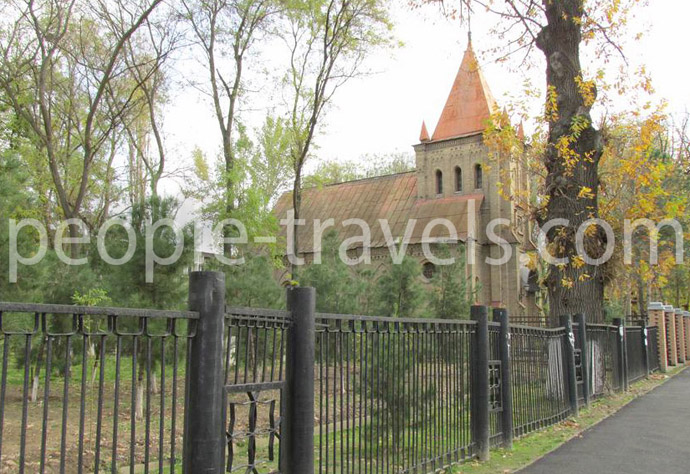 The mass was held in Russian because the Lutherans of Tashkent, including Germans, Estonians, Letts, Poles, Lithuanians and Swedes did not know well the German language,

Pastor Jurgensen died in December 16, 1933. Pastor Henrich Berendts, a native of St. Petersburg, and a German by nationality replaced Jurgensen. Henrich Berendts was a highly educated man of a wide soul.

Hereon, the Lutheran Church in Tashkent and Uzbekistan finished its ministry. At the end of 1937 the cross, religious items and paintings were shifted from the German Kirche. For three years the building was empty. Then the warehouse, Republican Department of Geology, club of dog breeders, police dormitory were located in the Kirche. The building burned several times, after the earthquake of 1966 it would be destroyed, but in 1977 it was rebuilt for Tashkent Conservatory.

The German Kirche in Uzbekistan was revived only after acquiring the independence of the Republic. 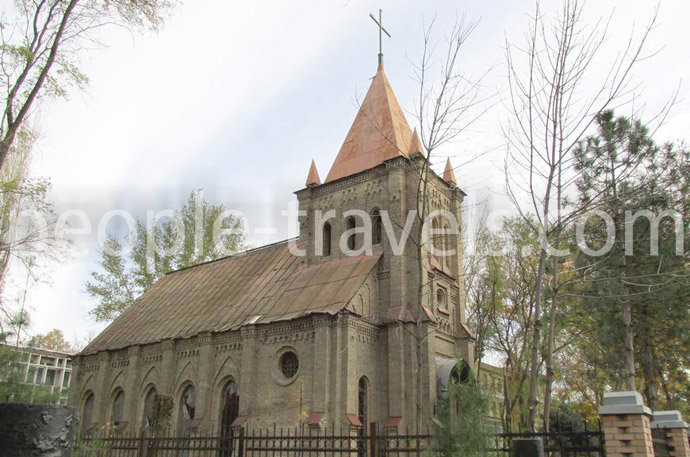 In spring and summer while travelling around Uzbekistan you will be able to contemplate the German Kirche that is buried in verdure.

The hall of the German Kirche is small – approximately for 100 people. The chancel is raised and located at the former stage. The interior of the hall is adorned with large stained-glass windows of inlaid colored glass, and the altar is beautified with a small carpet where the pastor with a flock of sheep are depicted.

To the right of the altar there is a small pastoral room. But the most important, on what you can cast a glance - are two large portraits, copied from old photographs of two great pastors: Justus Jurgensen and Henry Berendts. Exactly they inspire and betray the spiritual power to the current members of the community.

Don’t miss a chance to visit the German Kirche as it is the only Lutheran church in the city.