Chapel near the Kamolon gates of Tashkent

Chapel near the Kamolon gates of Tashkent

In one makhallya (district) of Tashkent, beside the avenue “Drujba narodov” and the street “Samarkand darbaza” there is the survivor old chapel, which in archival materials is designated as the Chapel near the Kamolon gates .

Chapel near the Kamolon gates history

The first proposal for the erection of the Chapel was made in 1872. But the happening for various reasons was adjourned for long. 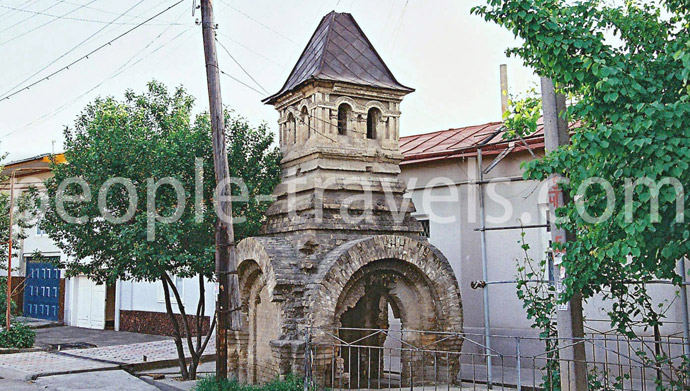 The landfill site was chosen not by chance. The Muslim cemetery Kamolon is next to the chapel.

The burial ground arose in the XVIII - XIX centuries. Many famous Uzbek artists were buried on it. In particular, writer Abdullah Kadiri poet Khabibi, playwright and poet Khurshid were buried here.

The Chapel near the Kamolon gates of Tashkent was raised on the burial place of 24 soldiers of General Chernyaev’s detachment, stormed Tashkent in June 1865.

The fight was hold on the earth of the present cemetery, then there were gardens. Makhallya (district) Kamolon got its name from the word "archers". Archers lived on this territory. Many defenders of Tashkent were killed in battle, as they were armed with bows and swords. And Russian troops had guns and cannons. Also not few Russian soldiers were killed. 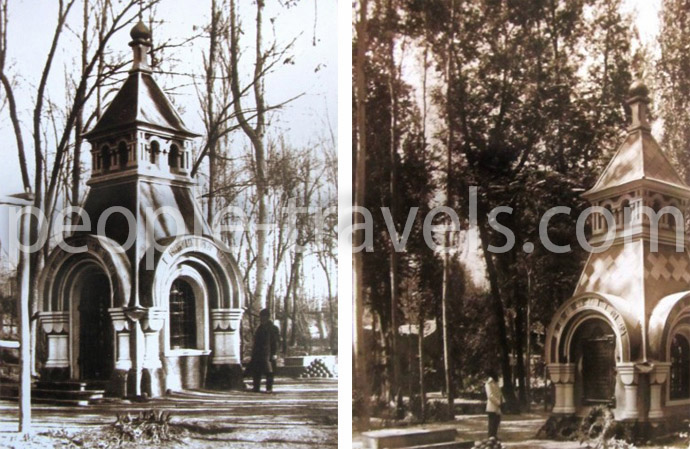 The Afunctional Orthodox Chapel was named after Saint George.

The Chapel near the Kamolon gates of Tashkent is a kind of spiritual center of Muslims of the Uzbek capital, miraculously survived, although the mural is irretrievably lost.

The Chapel after Saint George according to the Orthodox custom was framed with Slavic epitaph from the Old and New Covenants.

In the centre of the chapel there was a prism, on one side of which there was an icon; the epitaph of the Testament was on the other side; and the names of dead soldiers were written on the third side.

Around the chapel there was a square with a churchly entry, crosses and beautiful cast-iron fence. Disabled war veterans looked after the monument. 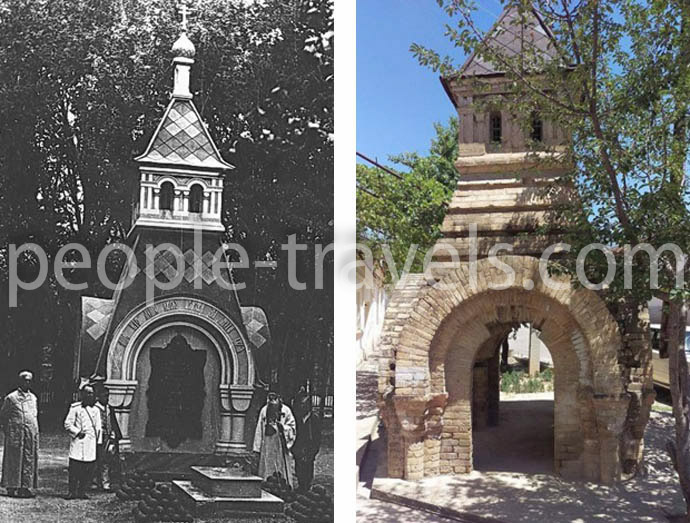 The complex was robbed and ruined by the Bolsheviks during the October Revolution of 1917. In 1949, the area where the Chapel after Saint George was located was given to one Uzbek family. The family built the house about the Chapel.

The chapel is noteworthy for being the first stone church construction in Tashkent city.