Center of Culture of Ikuo Hirayama

Center of Culture of Ikuo Hirayama

This unique center was founded by the famous Japanese painter Ikuo Hirayama, who was attracted by phenomenon of the Great Silk Road. He visited almost all countries on a grand historic highway, from the Far East to the European continent. Watched the life and traditions of different peoples, created on the basis of observations of paintings, studied the history of culture. And he also founded the museum of the Great Silk Road.

The purpose of the new cultural institutions is the development of Uzbek-Japanese relations: promoting Japanese culture in Uzbekistan.

There are open Japanese language courses, master classes on origami and art of kimono. Classes are free for everyone, regardless of age, besides classes the participants learn about the history and traditions of Japanese art.

In addition, it accepts applications for master classes in schools. At the same time, this center organizes Days of Uzbek culture in Japan that acquaints the Japanese with the traditions of national cuisine, costumes, music and dance.

Every year Caravanserai of Culture organizes a workshop on archeology with the participation of Japanese experts. Its special feature is the introduction of future archaeologists - students of the relevant faculties of the National University of Uzbekistan, Tashkent Architecture and Construction Institute, the National Institute of Arts and Design and other educational institutions. 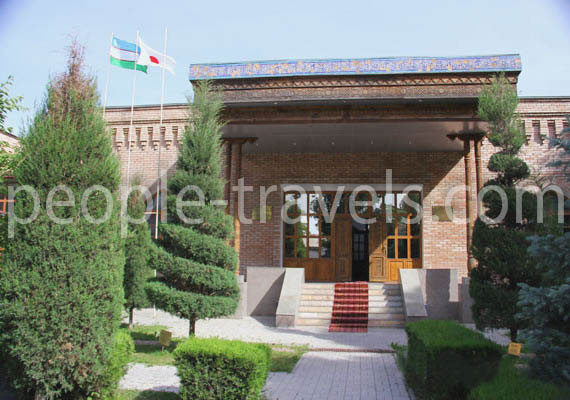 Annually, here held exhibitions of paintings of the founder Ikuo Hirayama, acquainting visitors with the works of Uzbek and Japanese artists, including demonstration of kimono, photo exhibition, master classes of art applications, calligraphy, origami, exhibition of ceramics and other events.