In the village Zangi-Ota of Tashkent area there is the monument - Anbar-bibi Mausoleum (or Kambar – ona) – wife of Zangi-Ota. Zangi-Ota was the descendant of Khazrat Arslan bobo. Zangi-Ota was also the fifth murid (probationer) of the Sufi Khoja Ahmad Yassavi, who is called the spiritual father of all Turkic tribes of Central Asia and Kazakhstan.

At a mature age Zangi-Ota made the acquaintance of the Sufi poet from Khorezm - Suleiman Bakirgani. After Bakirgani’s death, his wife Anbar-bibi married Zangi-Ota and they together created the God-pleasing deeds. Anbar-bibi participated in the activity of the order and became known as a woman-Sufi. Anbar-bibi passed away later then her husband and her body was consigned to the earth on the same cemetery. In XIV - XV centuries Anbar-bibi Mausoleum was built here. 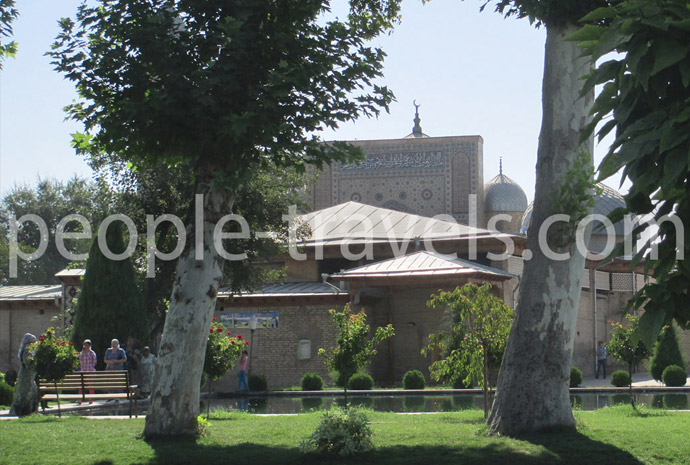 There are two stepped gravestones in Anbar-bibi Mausoleum. One of gravestones belongs to Anbar-bibi. Under the second tombstone Ulug Podsho (first mother-in-law) was buried.

The exact timing of the structure of Anbar-bibi Mausoleum in Uzbekistan is unknown, but legends are directed its construction to Amir Timur.

After several feeble attempts of Ahmad Yassavi mausoleum construction in Turkmenistan, Amir Timur had a dream, where Yassavi promted to Amir Timur to build firstly mausoleums for Zangi-Ota and Anbar-bibi. 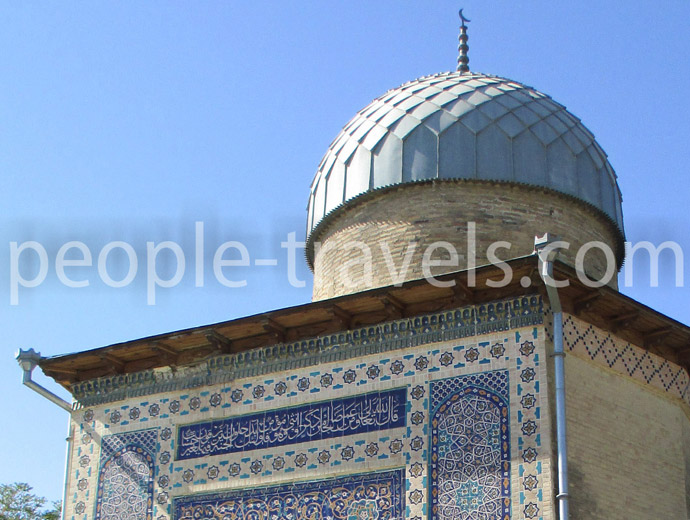 Niches with flat edges are facing to the front. The spherical dome mounted on a cylindrical drum is crowning the construction. The Mausoleum of Anbar-bibi is built of baked brick. The decor of the front has been lost. Before restoration in 1946 on the drum of the dome the fragment of mosaic with a belt of eight-pointed stars, preserved.

Saint Anbar-bibi was recognized the protectress of motherhood and fertility.

The present day, as right along, women set out on a pilgrimage to Anbar-bibi Mausoleum near Tashkent. They ask for children and welfare in families from Anbar-bibi. In order their requests were fulfilled, the women stick to the instructions of old folk beliefs: they triple bypass around Anbar-bibi Mausoleum in a clockwise direction, without taking their hands from the walls. Another popular ritual associated with the Mausoleum of Anbar-bibi, regards to purification of the house from evil spirits, removing damage and slander. For this women and girls sweep the walk around Anbar-bibi Mausoleum.

For pilgrims’ and tourists’ comfort places for rest, chaykhana (tea room) and parking were created. It is better to visit Anbar-bibi Mausoleum for all day long in order to watch all sights of the complex and touch the shrine – pride of Uzbek people.

Peopletravel Company is pleased to invite you to Uzbekistan while using tours around Uzbekistan and visit historical and religious places of the country.