The State Museum of the Timurids’ history is named exactly so, because it numbers more than 5 thousand of exhibits, referring to the period of Timur’s governing and the dynasty of the Timurids.

Amir Timur Museum in Tashkent was established in 1996 in honor of celebrating the 660th anniversary of the birth of Amir Timur.

The Timurids Museum is situated in downtown Tashkent, in the square near the monument of Amir Timur. 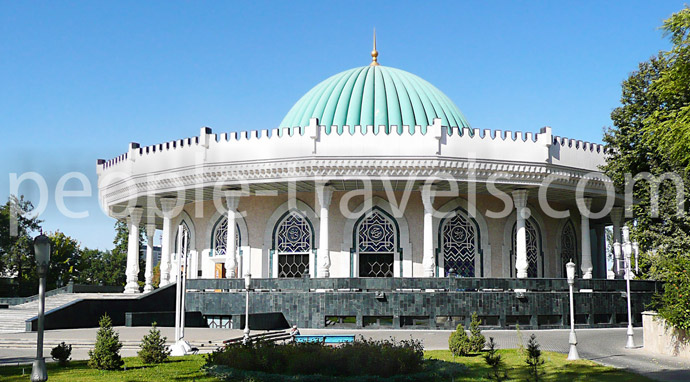 The Timurids Museum is amazing with its pompousness. The building of the museum is a round engineering design with the classical eastern dome. Amir Timur Museum has three storeys, the second and third storeys are fully devoted to the Timurids’ history. The interior of the museum is richly adorned with marble, pillars, paintings, eastern miniature, tinsel, and the building is ornamented with canopy. The walls of the halls are paintings, depicting Amir Timur’s life and pictures from the country’s history from ancient times till the present. One cannot admire the cut-glass chandelier, which is the adornment of the Timurids’ history State Museum. The height of the chandelier is 8,5  meters.

The exposure of the museum is rich in archeological, ethnographical and numismatic materials. Accoutrements and objects, which got to the kingdom of Amir Timur along the Great Silk Road, are also in the Timurids Museum. The museum has important documents such as letters of Amir Timur and his posterities with European kings; clever pieces of thumbnails, copies of Amir Timur’s pictures, painted by European artists of those times. 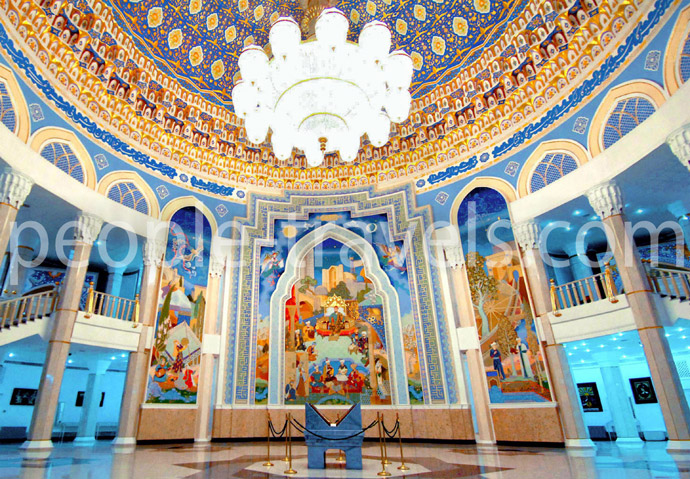 The exclusive exhibits of Amir Timur Museum are presented by numerous jewelry, arms, clothes of military leaders and soldiers, musical instruments, scripts of Amir Timur and Babur, astronomic instruments of Ulugbek and other cult values, going back to the era of the Timurids. 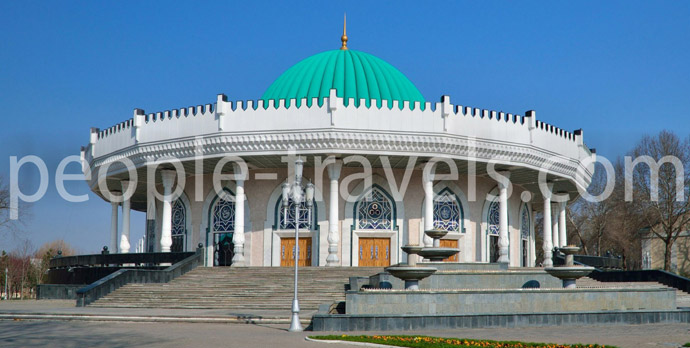 There is a separate room in Amir Timur Museum, where gifts from museum visitors are kept. The museum displays were demonstrated on international exhibits in France, the USA, Germany and Austria.

Peopletravel Company can arrange the informative excursion to Amir Timur Museum in Uzbekistan. The managers of the company will help you to choose the most suitable tour in order your travel in Uzbekistan is astounding and unforgettable.