The symbol of national trade

The one of the most popular and ancient place of Tashkent residents is located in the center of the city and was created more than 4 centuries ago.

Here aside from the external materialistic fuss - there is something mystical. It has its individual character and soul. In ancient Asian cities along the Silk Road the marketplace was always a natural center of the crossroads of life and cultures.

Alay market is a symbol of the ancient city originated on the caravan route by which from the high pastures of the eastern Tien Shan through the Fergana Valley distilled herds of beef cattle. With the advent of the Russian Empire Bazaar, appeared on the border between the old town and the capital of the European part of Turkistan, became a place of feverish trading in goods, cheering Russian buyers. Now in Alay Bazaar went no camel caravans, but it turned to the place of the famous Uzbek melons and watermelons, grapes, pomegranates, sweet and salty pistachio almond.

Bazaar is also famous for its traditional Uzbek ceramic, which is specially brought from the workshops Rishtan or Bukhara. In a separate series there is a huge selection of knives, daggers, and up to swords.

But the main item on the market at all times remained meat: lamb, beef, pork, rabbit, camel, and even tiny skinned carcasses Karakul lambs. Covered trucks, brim full of fresh quail eggs and carcasses from early morning standing with folded out sides. Near two-story in a special pavilion selling dairy products - cream and clotted cream, cheese, ayran and mare. 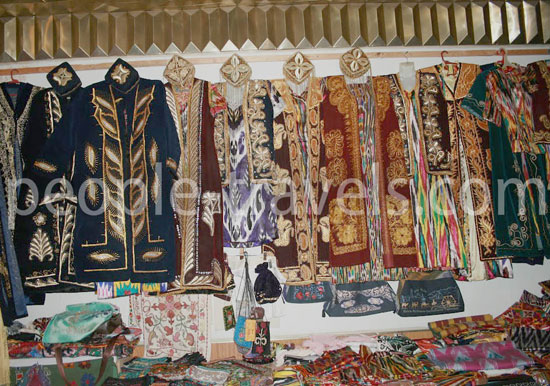 Today Alai Bazaar that placed under plastic canopies with pompous arches became better known as two-storey pavilion with expensive jewelry and numerous, but rarely offers currency exchange. Bazaar has become by far the most expensive in Uzbekistan.

Common in Tashkent, the phrase "make a market" means go to one and buy everything you need for a family for a week, now is meaningless.

Recently famous meat market disappeared from the Alay bazaar and opened on the site of a new supermarket that offers imported canned seafood and a wide range of another sorts.

But, as before, the market attracts all visitors and tourists. In the midst of generous Asian autumn mountains there is a ripe fruits of all possible varieties, sizes and hues intoxicate sweet aromas mixed with the smell of spices and exotic spices. Hence it is impossible to leave empty-handed. 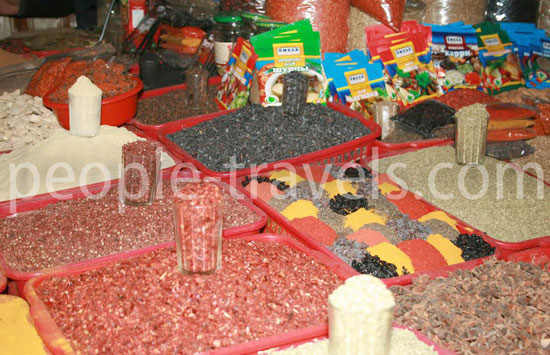