Having an hour or two of free time during the tour of Uzbekistan, you may visit one of the capital's theaters in Tashkent, for example, the “Aladdin” Theater. Of course, in order to feel the theatrical atmosphere, you have to visit it. In the meantime, we offer you a short online excursus to the Theater “Aladdin”.

The independent troupe-theater "Aladdin" was founded in January 1998. 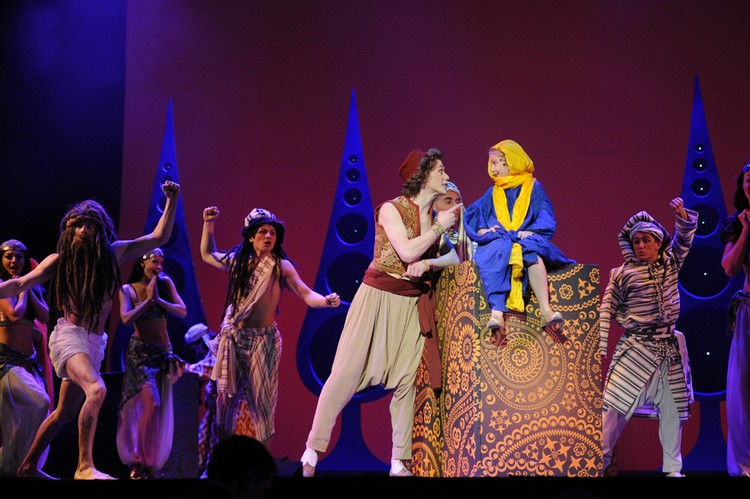 The experimental stage playground in the Cultural and Creative Center "Aladdin" is the only theater in Uzbekistan.

Young directors, actors, dramatists, choreographers are given the opportunity to realize the most daring creative projects on the stage of the theatre.

For lifetime of the theatre, more than 20 stage projects have been created on the stages of the “Aladdin” Theater, including performances by the American playwright Tennessee Williams "Tram of Desires", Bulgarian author Hristo Boychev "Colonel Bird", the classic of French dramatic art Jeanne François Renyar "The Only Heir" and many others.

Actors of almost all theatres of the capital participate in the projects of the “Aladdin” Center.

One cannot help but mention that many actors of Uzbek cinema began their career in this theater.