Tashkent is the most important city of Uzbekistan, because this city is the capital, the administrative center of the Republic and very unique place where ancient East and modernity are the best neighbors. Tashkent is prosperous metropolis, which population (more than 3 million people) growing with every day. This city has changed the most around all of the other cities of Uzbekistan because of its special status of capital.

Tashkent is undoubtedly an oriental city, but at the same time it soaked features of different epochs. The form of Tashkent changes depending on the angle you’re looking from: you can see very ancient and legendary buildings with blue domes like in the oriental fairy-tale; you can travel back to the times of Turkestan governor-generalship with its full of Europe elegancy buildings; you will see standard a little bit boring architecture of the Soviet period and gorgeous building of Navoi Theater built the same time. 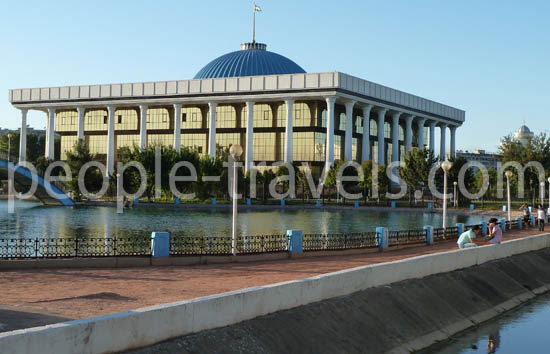 Center of Tashkent will meet you with the most modern buildings and skyscrapers that you’ve ever seen, stretching up to the sky and shining in the friendly and warm light of Tashkent sun. Walking down the wide streets, going into flourishing parks and gardens of Tashkent, you will understand why it is lovingly called “the city of fountains”. Going down to the Tashkent metropolitan you will be amazed with the beauty and uniqueness of decoration of every single station. You will definitely love this amazing city of Contrasts!

See all tours to Tashkent from Peopletravel

Tashkent history: back in time

2nd century BC was the first time when Tashkent was mentioned in the sources of different nations. This earth was named differently: Yuni by Chinese and Shah by Arabs, Chach by Persians. It is known that the present name of Tashkent city was firstly mentioned by the Turkic source.

Tashkent was also very important city on the way of Great Silk Road and it was paid a lot of attention by the traders and wayfarers because of its sunny warm climate, lucky advantageous location and beauty.

Tashkent has really reach history: there were many important settlements on its territory, the city was renamed several times (Binkent in the 11th century, Shakhruhia in the time of Tamerlane’s rule).

It was the part of many states: Ghengis Khan conquered it, Sheibani Khan; it was also the part of the Khanate of Bukhara. The end of 19th century was marked for Tashkent as the time of becoming meaningful crossroad of trade once again.

Tashkent changed a lot unlike Bukhara or Samarkand. This city was always in the heart of changes, following the wind of changes and becoming more beautiful and more modern with every year of existing. But still this place is very important from the historical point of view.

Eski shahar (Old town) including Chorsu bazaar – most famous farmer`s market in Tashkent under a big green dome. You can find and buy everything your soul is longing for here: brightly colored mountains of spices, candies, dairy products, bread, freshly slaughtered livestock, pomegranates, melons, persimmons, tomatoes and many others. If you claim yourself as souvenir hunter you should go visit special gift shops where one will find kurpacha, skull caps, chapans, knives and many other famous Uzbek souvenirs. 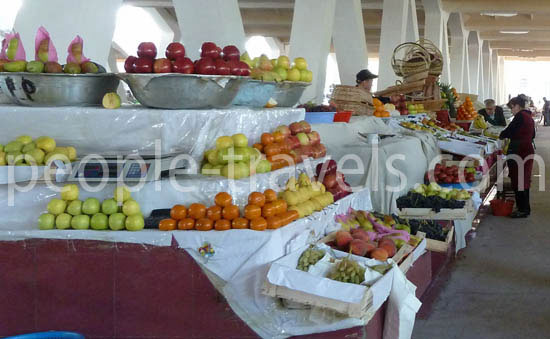 The grand Kukeldash madrassah placed beside Tashkent`s Juma (Friday) Mosque on a hill overlooking Chorsu Bazaar. It was built on the site of an old 16th century mosque which had been destroyed by the Soviet power.

2 km north of the Circus there is Khast Imom – official religious center of the republic. Here you will find famous Moyie Mubarek Library Museum, where 7th century Osman Quran, oldest in the world, is cradled (it was brought by Tamerlane).

Read more about Sightseeing in Tashkent

Don’t forget also go to Alaysky Bazaar, luckily placed in the center of the city, near many famous Tashkent hotels. This is one of the oldest bazaars in Tashkent, which history started in the times of the Great Silk Road’s rising. Long ago it was just a trade point on the Great Silk Road, on Alay Mountain, where the traders had been selling fresh meat.

The TV Tower of Tashkent is one of the new sights of the city. It was built in the times of Soviet Union. Tashkent’s TV Tower is one of the biggest towers of the world. Being on the top of it, you will be amazed by a breathtaking sight of the city. This tower is a 375m three-legged monster. Don’t forget your passport, you will need it to visit the tower.

Other important and new sights of Tashkent include Amir Timur Square with the statue of Tamerlane on it, the Museum of Amir Timur, Independence Square (Mustaqillik maydoni), Senate building, Romanov Palace, Crying Mother Monument, the Earthquake memorial, Bobur park with the poignant Seattle Peace Park, building of German Protestant Church. Navoi Theater, Navoi Park. If you love arts, the Fine Arts Museum of Uzbekistan, the Art Gallery of Uzbekistan and the House of photography are always opened for you.

Also take a ride on the Tashkent Metro – the only one metro in the whole Central Asia. Each station of it is a piece of art, created by different outstanding architects and designers.

See all tours to Tashkent from Peopletravel 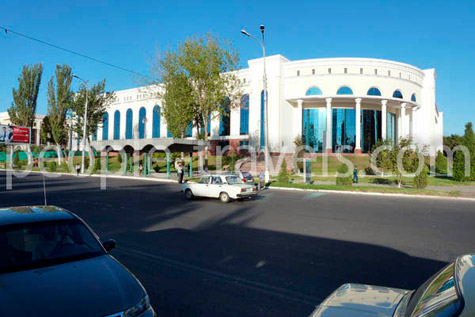 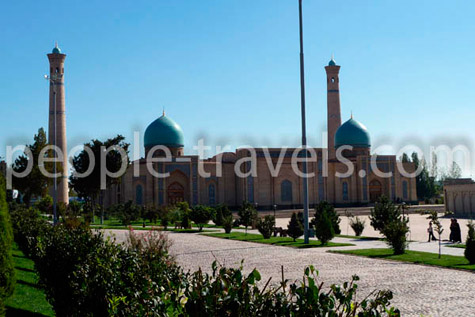 See all photos of Tashkent in our Photo gallery