Ulugbek was fascinated by astronomy and had a profound knowledge in it. According to contemporary astronomy he was like Ptolemy, and geometry - Euclid. Surprisingly, the accuracy of observations of Samarkand astronomers was hundredths of error, despite the lack of precision optical instruments. The basis of the observatory was giant goniometer, vertical circle with a radius of 40.414 meters circumference.

This scientist created "Zij - Guragan" or "Star Tables", which was the huge contribution to the world of astronomy. Astronomical tables contains the coordinates of more than a thousand stars, the length of the year, astronomers calculated is 365 days, 6 hours and 10 minutes and 9 seconds. 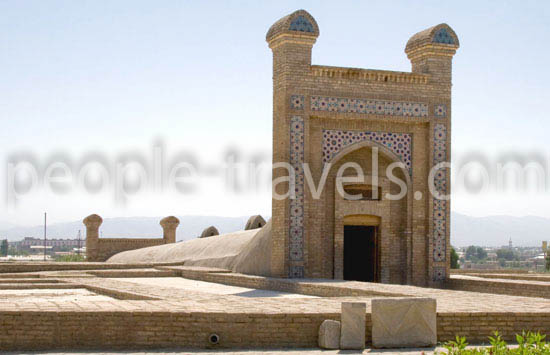 After the death of Ulugbek observatory was looted and destroyed. But, nevertheless, the book "Zij Guragan" was saved and transferred to Europe. Reactionaries did everything to erase the memory of the scientist, but the memory of this great scientist and ruler still keep in national inheritance of our people.During your travel to Uzbekistan you can see many other historical places.