The Roman Catholic Church in Samarkand

The Roman Catholic Church in Samarkand

The Roman Catholic Church in Samarkand was built in 1915 in the period, when there lived a large number of Germans, Poles, Hungarians and Austrians. They turned to the city administration with a request to build a Catholic parish in the city.

The request was granted, and soon in Samarkand appeared majestic building of the church. However, after the Communist takeover in 1917, the parish was closed and the building had been using in other purposes.

Catholic community returned to the church in the end of the 90-ies of XX century. The government of independent Uzbekistan proclaimed freedom of religion, and Catholics were able to regain the church.

In 1999, the church was lit and since then everyone has the opportunity to hear the Mass here in German, English and Russian languages. You can visit this beautiful place during the tour to Uzbekistan from Peopletravel.

Architecture of the Catholic Church has evolved in the Romanesque style. The church resembles a fortress with massive, thick stone walls, fortifications combat. This Catholic Church performed in two architectural styles: Classicism and Baroque. Inside there is an altar, a huge icon from floor to ceiling, and a huge crucifix. On the territory of the church placed benches as well as praying stands. On each side there is a sculpture of Christ, Mother of God, and stands for candles. 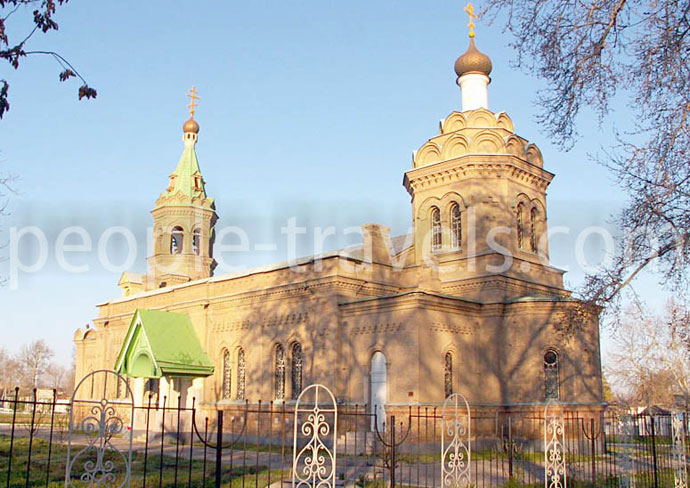 Religion is an embodiment of tradition. Creation of Church is the first great work of Christian architecture. Develop the architecture of the church began almost immediately after the victory of Christianity over paganism.

Architecture meets polygonal or round the central church, which are located around the vertical center axis symmetrically. Architecture of Christian churches should consist of two main buildings: a vast hall for assembly of believers, and in the side opposite the entrance - the altar space where committed worship.