Samarkand as a touristic center is interesting and famous not only for architectural structures and masterpieces as a result; but it also attracts millions of people by world known medieval scientists, sages and philosophers.

One of such Islamic thinkers was Abu Mansur Mukhammad ibn Mukhammad al-Maturidi. He was the founder and eponym of one school of kalyam (a discipline based on mind, but not the movement of religious authorities in Islam) named maturidism (a key school of Sunni Islam). Abu Mansur al-Maturidi had honorable nicknames such as Imam al-Khuda (imam of the right way), Alamat al-Khuda (flag of the right way), and Imam al-mutakallimin (imam of kalyamists). 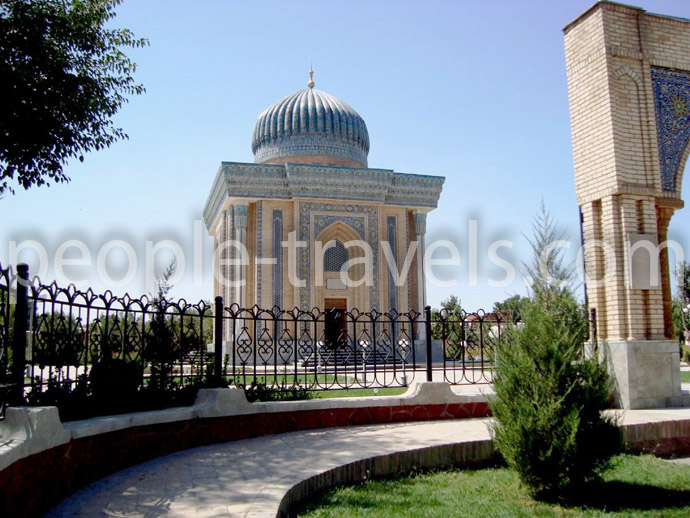 Abu Mansur al-Maturidi was born in Maturid village, that is located near Samarkand and the present name of which is Motrit. Later he got his religious education in Samarkand. Such religious scholars as Abu Bakr Akhmad, Abu Nasr Akhmad, Nasr ibn Yakh and Mukhammad ibn Mukatil were his mentors.

Afterwards Abu Mansur al-Maturidi lectured fiqh (Muslim doctrine about code of behavior) and kalyam (a discipline based on mind, but not the movement of religious authorities in Islam). Maturidi believed that a man had freedom of choice, and that the faith is the verbal admission of Allah,but not religious rituals.

Abu Mansur al-Maturidi died in 944 and was buried in Samarkand in Chokardiza cemetery. The mausoleum was built there and it was of deference among the townspeople. But in the 30-s of the XX century the mausoleum was destroyed. 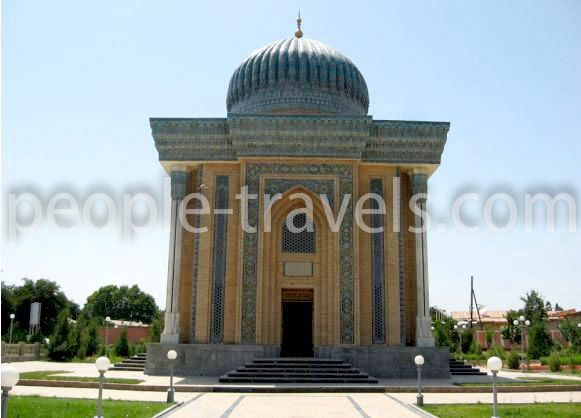 In 2000 in honor of 1130 anniversary of the scholar’s birth the architectural complex was newly constructed. The mausoleum of Abu Mansur al-Maturidi is in the center of the complex.

The square of the mausoleum is 12x12 meters. Its high reaches 17,5 meters. The dome is made of two lays. The outside lay is decorated with blue majolica. The barrel is faced with 24 arches and window grids, named pandjara. The tomb is made of white marble. And here on the tomb you can read the sayings of Imam al- Maturidi.

The architecture of the mausoleum attracts numerous tourists, thanks to its outstanding appearance. The decoration of the building is in the national style, inherent in Central Asian region. The ornament is full of traditional Uzbek elements of carving and ganch (Central Asian title of the cementing materials obtained by firing rocks containing gypsum and clay) paintings. 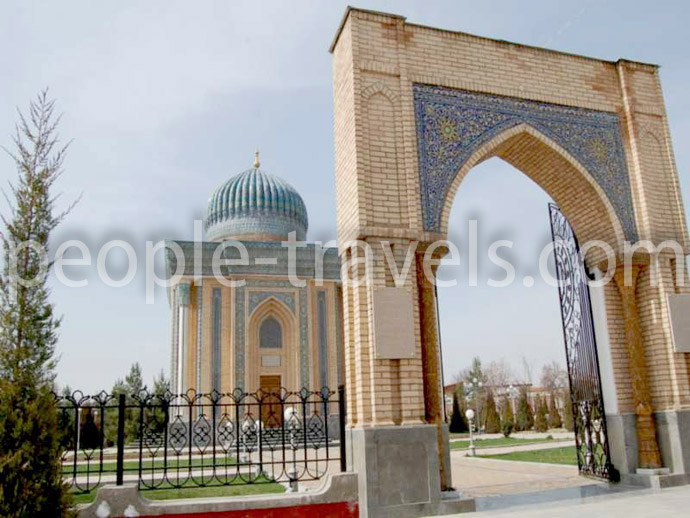 The Mausoleum of Imam al-Maturidi is very popular among pilgrims from all the world, as Abu Mansur al-Maturidi was a honorable theologian of his time and undoubtedly made a huge contribution in cognition of religion.