Today it is difficult to conceive modern human activity without ordinary paper. Despite the intrusion of cutting-edge IT technologies in our daily lives, the paper is still the main carrier of information.

The well-known historical fact is the birth of paper in China, which has been holding a monopoly for many centuries, keeping the secrets of its production. However, history has brought to our days the facts of the emergence of paper production in other countries.

Among the unique crafts that brought Samarkand the world fame on the trade roads of the Great Silk Road that crossed Eurasia, an important place belongs to Samarkand paper making.

As a well-known orientalist, Adam Metz, noted, the production of Samarkand paper in the 9th-10th centuries AD made a real revolution in the East, liberating this branch of crafts, the products of which were in great demand, from the monopoly of one country - Egypt, which produced expensive papyrus. The medieval author as-Sa'libi reported that the paper produced in Samarkand and China pushed out the Egyptian papyrus and parchment on which the ancestors wrote. The subsequent discovery by Samarkand people of cheaper rag materials, which freed the dependence of the industry from bamboo reeds and silkworm, put Samarkand paper first in quality and cheapness in the medieval East. 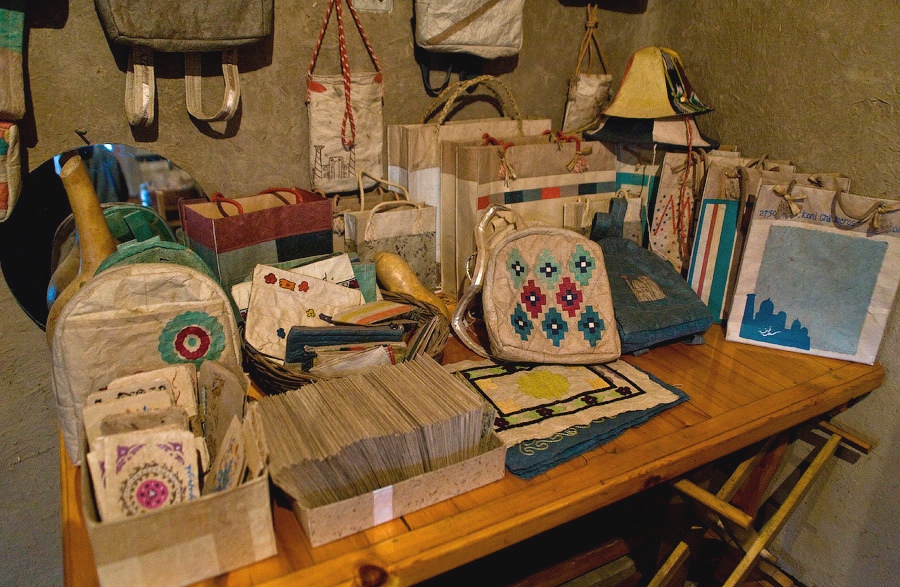 The history of Samarkand paper production

In July, 751, on the Taraz (Talas) river there was a battle between Chinese and Central Asian troops. Among the Chinese soldiers there were many descendants from the families of handcrafters, including those who were engaged in the production of paper. Possibly, saving their lives, they uncovered the secrets of technology to Samarkand artisans. It was from this time, since the VIII century, silk paper had been produced in Samarkand.

During the reign of Amir Timur, Samarkand paper making continued to be one of the main branches of handicrafts. There were 42 paper-making workshops in Samarkand and its environs. Cotton, silk and mulberry bark were used as a raw material.

However, at the end of the 18th century, the production of Samarkand silk paper gradually began to fade. As over time it acquired a cream shade, people began to prefer white and cheaper factory paper imported from Russia, although the latest research of scientists confirm that the white color of the paper has a harmful effect on vision. 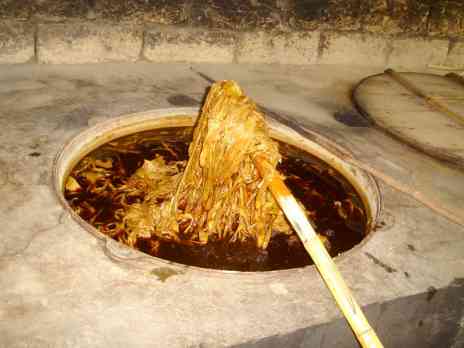 Only in the 20th century it was possible to revive and restore the technology of making Samarkand paper. June 23, 1998 can be considered a data of revival of Samarkand paper made by hand, by handicraft.

The paper mill is located in the village of Konigil, situated 10 km. from Samarkand. The whole process of making paper is done according to ancient technologies. During your Uzbekistan tour you will have the great opportunity to see the ancient process of paper making.

The place at the Meros Silk Paper Factory is really picturesque because of shady trees, the river, a small Uzbek cafe (chaikhana), where travelers are treated with delisious Samarkand plov and sweet fruits. 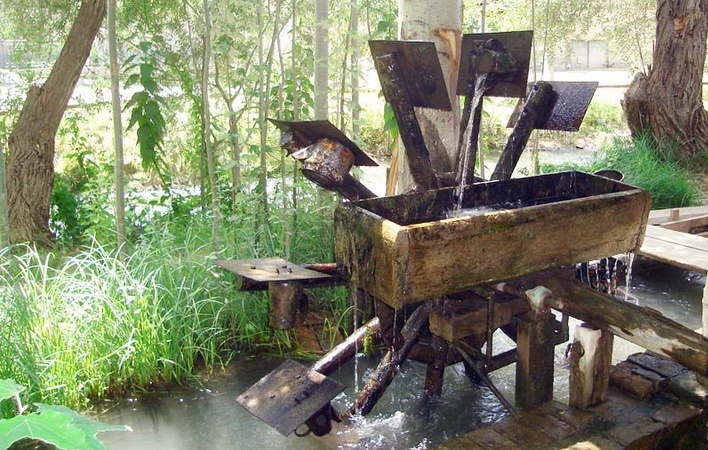 The production mechanisms at Samarkand paper factory, as in the past, are driven by a water wheel using the waters of the Siab River.

The technology of making Samarkand paper is a very long and laborious process. The paper is made of mulberry, and, only two years old. First, mulberry cuttings are soaked in water, and when the cuttings are softened, the process of peeling the bark and separating bast fibers begins. The fibers are dried and poured into boilers with boiling water and made during the day. Then the resulting mass is crushed and poured with water. When the water runs off, the resulting mass is placed under the press and exactly one day the paper is ready. The resulting paper has a fleecy surface and therefore, to make it smooth, it is grinded with shells. The natural color of Samarkand paper turns out to be light brown and therefore, it is colored with natural dyes to give the desired shade. Paper can be decorated with dried leaves, flower petals, etc.

The written material received in this way is in demand by local and foreign calligraphers and miniaturists. Samarkand silk paper is actively used in the restoration of ancient manuscripts in many countries around the world. Thanks to the creative approach to using the composition for its production, Samarkand artisans create a wide range of souvenirs. These are purses, calendars, masks, women's bags and even clothes.

For thousands of years craftsmen of Samarkand have developed technologies for manufacturing different types of paper: Samarkand sulton kogozi (Sultan's sort). The paper was distinguished by white color, subtlety and softness. The other type of paper is Samarkand shoyi kogozi (silky). It was also very glabrous, thin, but light yellow in color. Mir-ibragimi sort had watermarks in the form of a white ring. For the production of Nimkanop sort (semi-hemp), silk waste was mixed with bast fiber. The color turned brown.

The art and technology of manufacturing Samarkand paper is constantly being bettered, as evidenced by the diplomas and certificates obtained at international exhibitions. 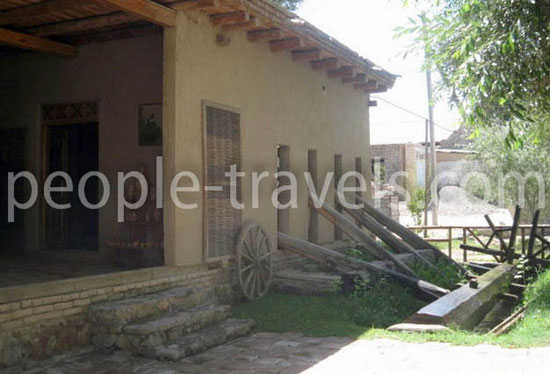