Afrasiab. The settlement of the ancient orient

The settlement of the ancient orient

Afrasiab admired poets and travelers around the world from antiquity. This town has received numerous lush epithets, but one of them entrenched in the country for a long time - Ornament of the earth. The name of the city was known in many countries of ancient Medieval. In Greece it was known as Marachanda.

What was the architectural appearance of the city can be judged by the results of the excavations of town Afrasiab. However the research of Afrasiab began in 1874 and continues today. 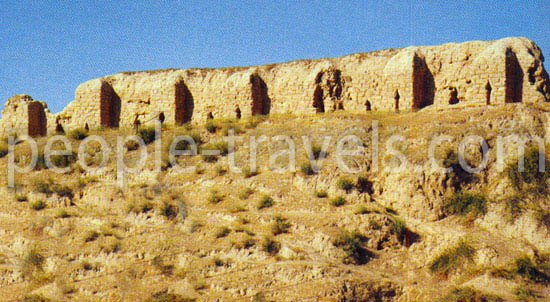 During the excavations have been found: the ruler's palace, decorated with polychrome painting, ancient fortifications, residential neighborhoods, commercial and civic buildings, mosque, with a delightful ornamental ceramic glaze, carved ganj.

Hotels of Afrasiab hospitably welcome guests of the city, here you can take a break from the road and then off to explore the sights.

On the Hillside of the ancient Afrosiab, at the fork of several main streets, there is a mosque Hazrat Hyzr.

It consists of darvazahan, summer mosque-aivan and winter mosque. A perfect example of architecture of the second half of the XIX and XX centuries. Darvazahana is a square room in which to climb up a steep ramp crowned by her elegant ribbed dome. Summer is a mosque avian with slender wooden columns. Figured ceiling richly decorated.

Khanaka is a winter mosque that located in the north-western part of the building, square shape, the western part of its niche and has mikhrab around two khujdras. Artistic decorative base is wood carving and ganch and painting Kyrma. Arriving in Afrasiab guests ought to attend this beautiful mosque Hazrat Hyzr.

Gentle hills of Afrasiab hide ruins of a unique Central Asian city. It is unique - an unusually large for its time-scale fortified urban settlement. The ancient Samarkand, which was located here, was the center of economic, cultural and, in all likelihood, political life in the valley of Zarafshan its middle reaches. 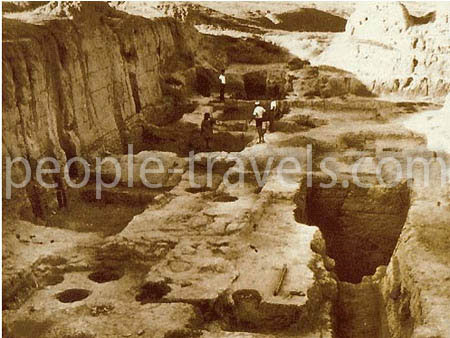 Afrasiab sightseeing can impress by matchless harmony of the color and light that create prominent ensemble of architectural ideas and their implementation. Afrasiab has a special atmosphere the atmosphere of the early times unique, it is impossible to put into words you can only feel it. You have to visit Uzbekistan, because you can see a lot of beautiful places such as Afrasiab.

The history of the city very is multifaceted and exciting that charming you with magnificence and breathtaking impression. Near the modern city of Afrasiab visitors can see more than 50 ancient forts such as Ayaz Kala, Kala Guldursun, Kizil-Kala Ellik Kala, Toprak-Kala and others.